FINALLY: I Love You More Than My Mother - Ali kneels Down To Propose To Shemima, Fans React [Watch]
Advertisement 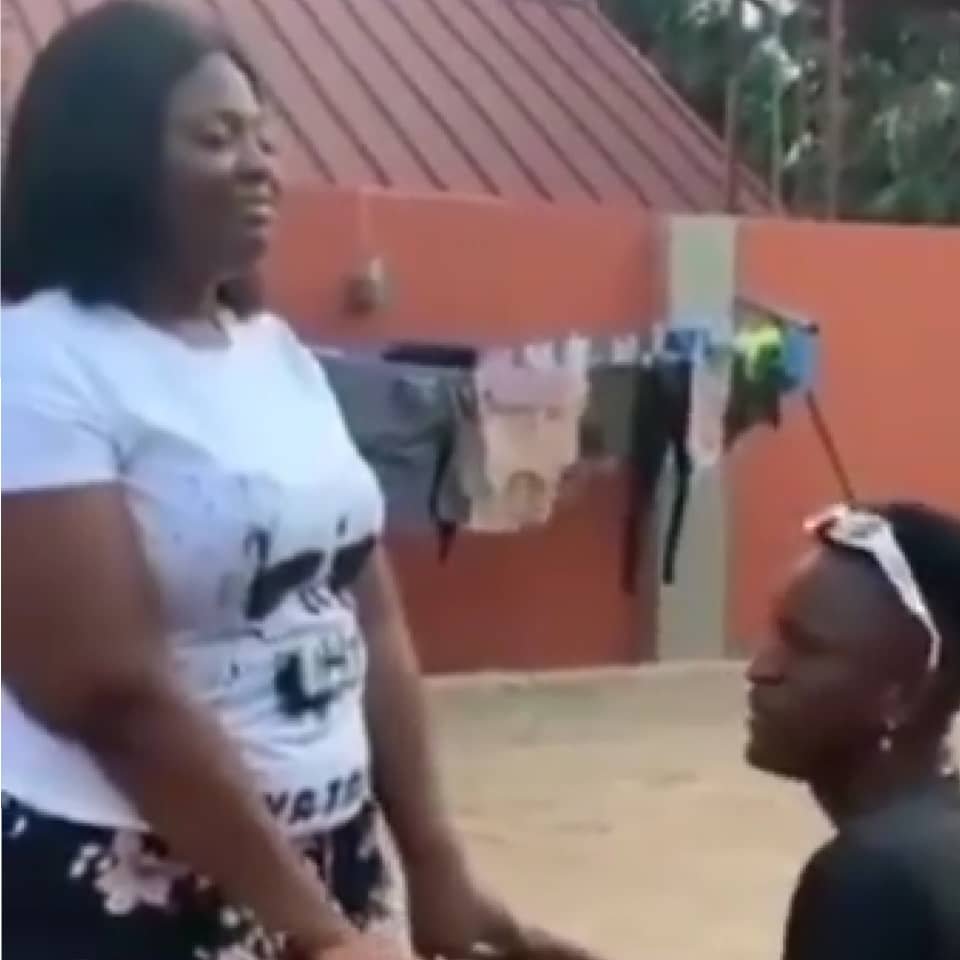 The popular couple who were participants of TV3’s dating reality TV show, Date Rush, Ali, and Shemima, have been seen in a video professing their love for each other.

In the video sighted online on Instagram, the duo was seen in what looked like a house as Ali was on his knees while holding Shemima’s arms.

He was professing his undying love for Shemima and said he loved her so much that it could surpass the love he had for his own mother.

Shemima who was not sure of Ali’s words asked if he was indeed going to love her more than his mother.

After getting affirmation from Ali, Shemima could be seen leaping with joy as she held on to Ali’s hands.

The duo chose each other on the Date Rush show and have since been trending on social media with their activities.

Shemima said earlier in an interview that Ali cannot handle her because when she paid him a visit at home, he gave an excuse and ran away.

While speaking in an interview with Zionfelix, the duo teamed up to talk about life after choosing each other on the show some episodes ago.

Shemima was asked whether she had visited Ali at home before and she responded in the affirmative but indicated that something bizarre happened during the visit.

She also recounted how she was warned by a lady who answered Ali’s phone when she called one time.

Share with Friends:
Related Topics:AliShemimaTV3 date Rush
Up Next

No One Can Stop Us; We Are Demonstrating – FixTheCountry Campaigners To Police