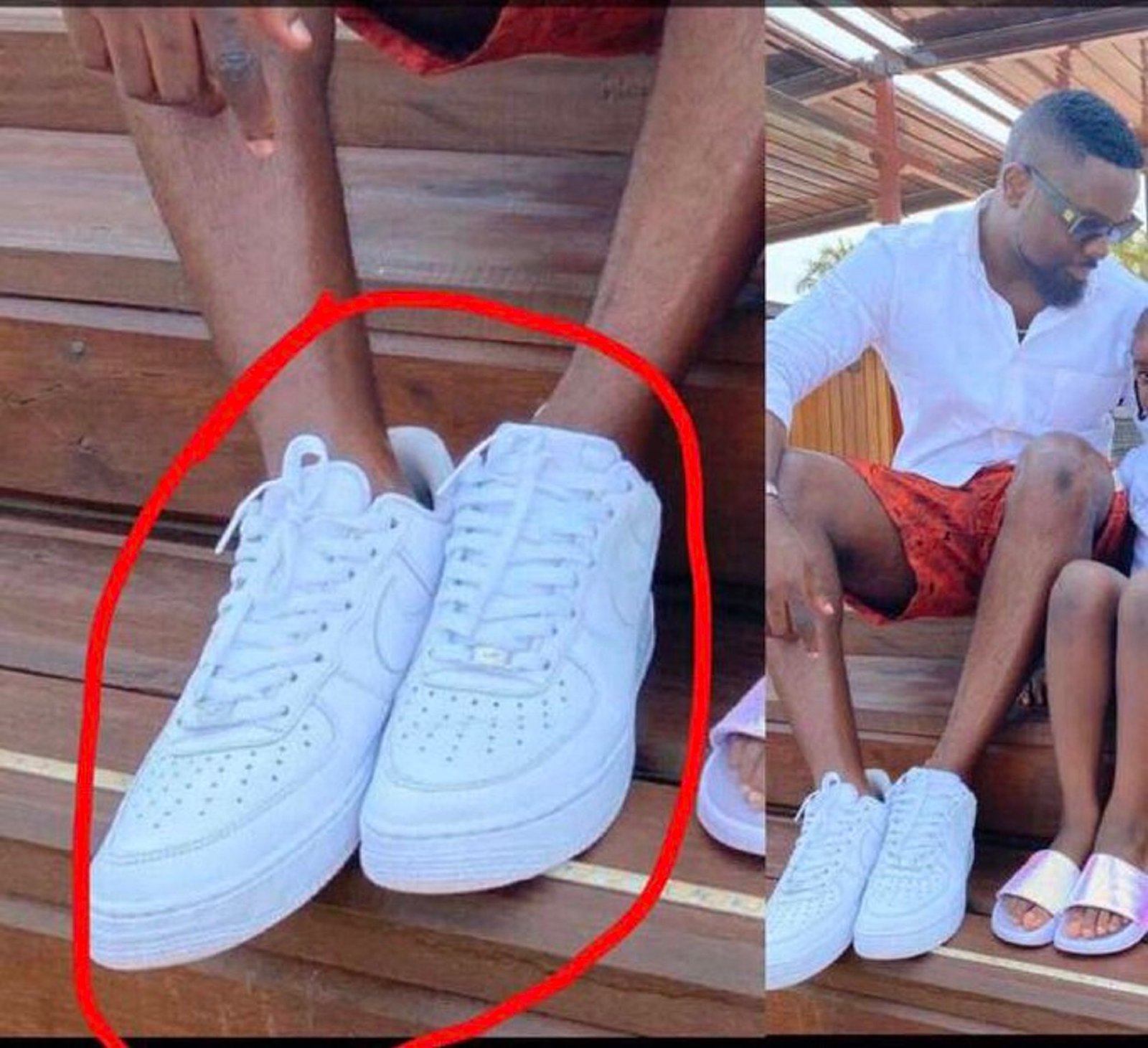 Ghanaian rapper Sarkodie has been on a timeline after a forensic view on his air force shoe appeared clearly under the microscope.

In a recall, Sarkodie, daughter (Titi), and wife (Tracy) stepped out in a grand style releasing a hit song ‘Happy Day”.

The rapper who got married to his long time girlfriend had 2 kids ( boy and girl) yet only showed off the little girl in the family photo.

READ ALSO; Gloria Akuffo Does Not Deserve to be Chief Justice After Helping the EC to Deny Sall the Right to Vote – Franklin Cudjoe

After having the picture section and sharing it with fans, a forensic audit was conducted and the report has finally been released.

Its currently reported that, Sarkodie on that day wore an oversize air force shoe which the camera captured.

Your MCM is wearing By Force Not Air Force 💔😂 pic.twitter.com/KLvjkjIlvX