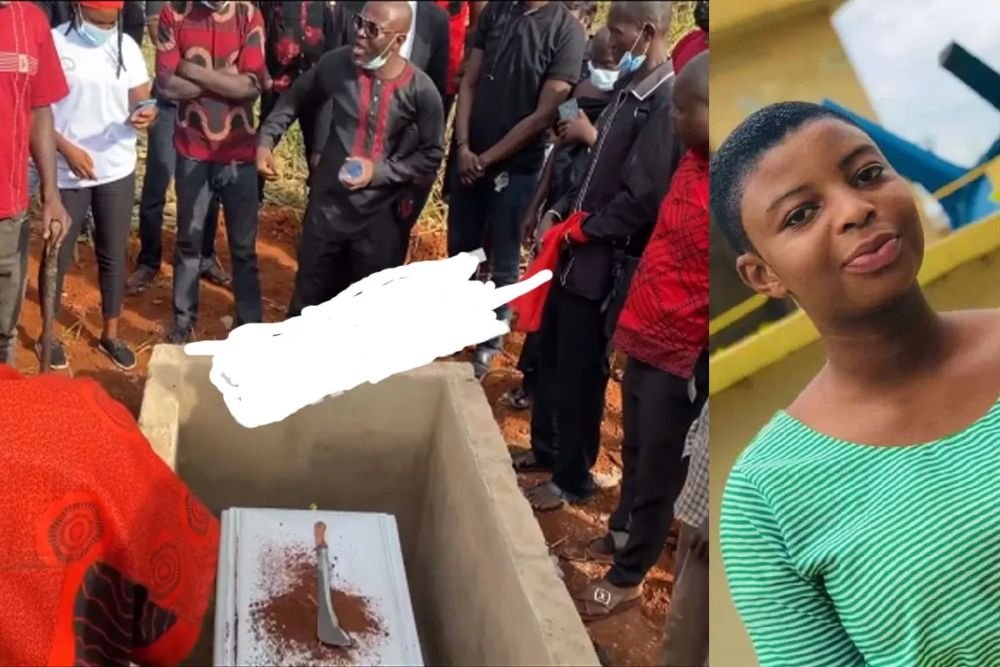 Leticia Pinaman Kyere, 14-year-old student of Miracle SHS who allegedly took her own life few months ago, has been laid to rest.

The teenager was laid to rest over the last weekend at a solemn ceremony that saw many rituals being performed.

In a video seen by Enewsghana.com, the family invoked curses using powerful deities across Ghana as they sought vengeance over their daughter’s unfortunate fate.

The family also poured libation and buried young Leticia Pinaman with a cutlass to avenge her death.

They are head saying that she should use the cutlass to avenge her death as they believe she didn’t die a natural death.

Watch the video below :