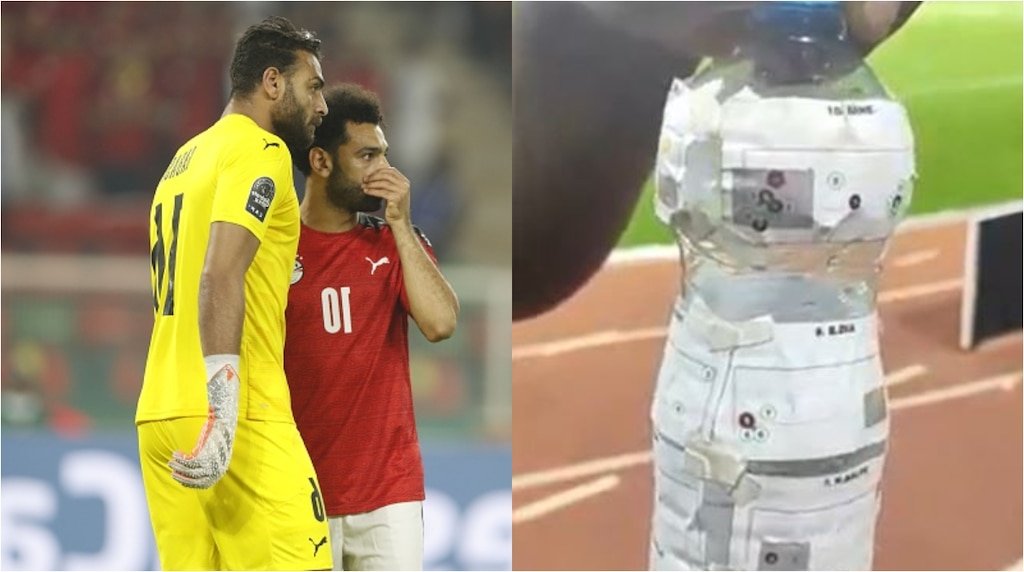 The bottle belonging to Egypt goalkeeper, Mohammed Abou Gabal, was discovered with penalty information of all Senegal players after the Africa Cup of Nations final.

The penalty stopper, due to the painful defeat on Sunday, left his water bottle on the pitch.

The bottle had information on the Senegal penalty takers ascribed on it.

Gabaski, who had a great tournament in Cameroon, was handed the Man of the Match award for the final AFCON match involving Egypt and Senegal.

He also displayed an impressive performance in the semi-finals to stop the Indomitable Lions of Cameroon from progressing to the finals.

The Zamalek shot-stopper in the finals denied Sadio Mane the scoring opportunity from a penalty kick and many wondered how he managed to stop the Liverpool star from scoring after seven minutes into the game.

The 33-year-old was captured picking up the bottle a number of times during the shootout against Senegal.

Some football fans, who were in awe about Gabaski’s fighting spirit, opined the bottle should be stored in the CAF Museum.
Watch the video below;
Share with Friends:
Related Topics:2021 AFCONEgyptEgypt GoalkeeperGabaskiSadio ManéSenegal
Up Next