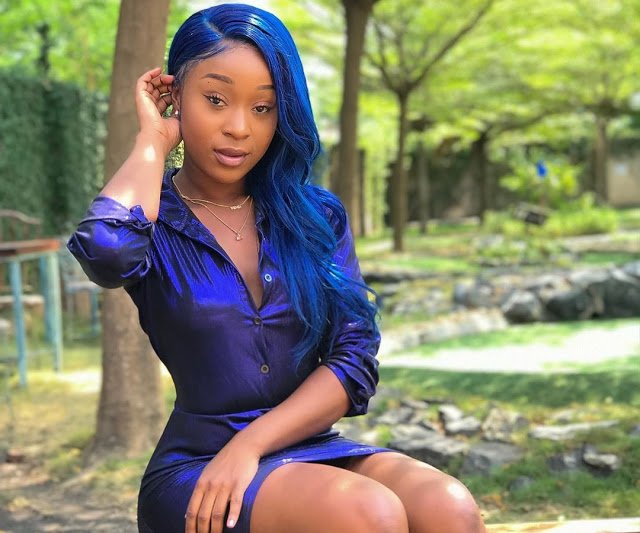 Controversial video vixen and socialite, Efia Odo has admitted to have feelings for scammers.

In a post on social media, she explained why she likes rolling with men in that circle.

READ ALSO; Sister Derby Is Not My Enemy But I Don’t Listen To her Songs – Fella Makafui

Known for her haughtiness and plain-spoken attitude, Efia Odo has stepped on quite a number of toes in the entertainment industry.

The socialite’s relationship with Kwek Revlo believed to be a fraud boy, only lasted for months and ended in shambles as they both went their separate ways.

Meanwhile, the beautiful actress in a question and answer session with her fans on Instagram was asked why she loves scammers.

In response, Efia said that fraud boys as they are called apart from their hunger for making money know how to spend it.

Read Also:  "I Will Never Accept An Ambassadorial Deal With A Betting Company" - Joe Mettle