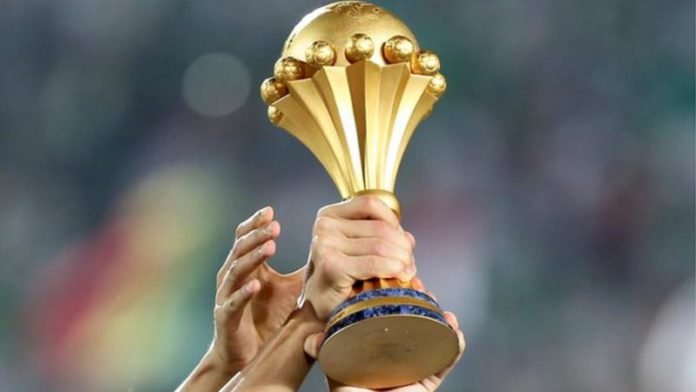 The European Club Association [ECA] has officially written to the Confederation of African Football (CAF), informing them they may not release players for the 2021 Africa Cup of Nations [Afcon].

The competition is scheduled to begin next month in Cameroon having been postponed earlier this year.

With the tournament fast approaching, the 24 participating countries are hopeful of having their stars in the European leagues released to play a part in the continental showpiece.

However, the ECA has expressed its concerns regarding the release of players for the tournament, stating that the ‘the aggravation of the Covid-19 pandemic and the consequent implementation of new restrictions by various governmental authorities’ are making it difficult to agree to the request from CAF.

In a letter written to FIFA and CAF on Wednesday, the European Club Association informs them that in view of the lack of adequate health measures taken by CAF relating to the prevention against COVID-19, that European clubs do not have the intention to release African players for the 2021 AFCON.

“The Board also expressed its deep concerns around player safety and welfare ahead of the African Cup Nations and upcoming international windows in early 2022, particularly in light of the worsening public health situation and the severe challenges faced during recent international windows,” they said.

“The Board agreed to engage urgently with FIFA to ensure all necessary precautions are in place to protect players and club interests as the health situation continues to deteriorate in an alarming manner.”

Meanwhile, CAF has dismissed reports suggesting that the tournament could be postponed

AFCON is expected to commence on January 9, 2022, in Cameroon. 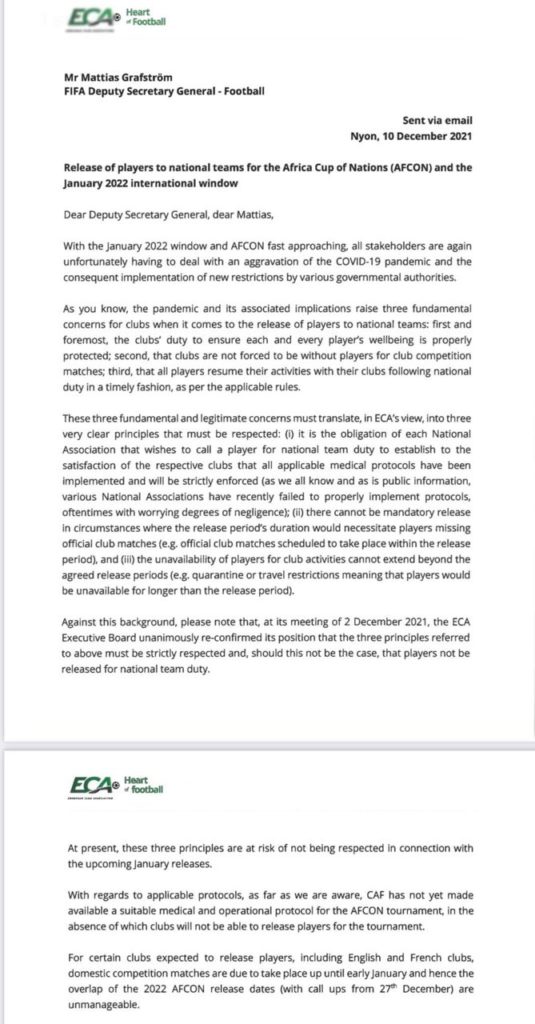