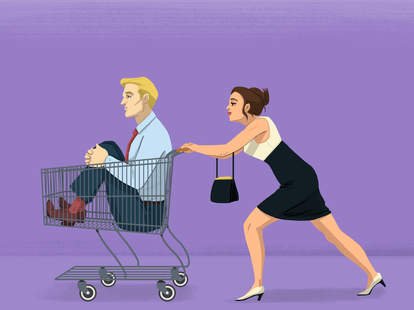 I was a boy, thirteen or fifteen years when I watched a TV program where the host asked the women the kind of men they’ll like to be with. All the ladies started their sentence with, “I want a tall guy blah blah blah.” I was young and didn’t know much but that video has stayed with me until today and I can state for a fact that it was that TV program that brought my attention to my height. All the friends I had in school were taller than me, even the girls in my circle were taller than me. They called me “Shortingo” and I didn’t have a problem with it until I watched that TV show. When they called me Shortingo, I told them, “Please I’m not short. I’m taller than someone else so why call me Shortingo?” So they changed my name to “Taller.”

They shortened it to a “T.”

When I became of age and started dating, I dated a woman who was a little bit taller than I am. She wasn’t extraordinarily taller. Maybe an inch or two taller than I am. She loved me and it showed. I loved her to pieces until her friends showed up in our relationship. This is a girl going about her own life and loving the man of her life but her friends won’t let her be. They teased her. They questioned her choice in me. They made her felt like she had made the wrong choice. They told her, “On your wedding day, when you wear your heels and standing tall, how are you going to kiss him?” They said, “A man is supposed to be domineering—a mountain you can run to. This one will only give you short kids.”

To date, I don’t know what I did to that girl that she left me. She sought to give me reasons but everything she said was neither here nor there. Just like that, she was gone but life is like that, people move along so others can take their place. When she left, I met Kristie—a girl every man would die for. She was way taller than I am but I wasn’t perturbed. Whether tall or short, love is love and a short man’s love can be taller than the tall man’s love. That’s why we all can win in love. The day Kristie said yes to me, I was on cloud nine. I had a party in my heart where I was the only one dancing to the music I played with my mouth. Not too long into the relationship, I realized one thing with her; she loved to wear heels. Not those short heels. The ones Kristie wore made her look like a pole planted by the roadside.

I began having issues with that. I told her in a subtle way, “The way you’re tall, flat shoes would really look good on your feet.” She said, “I like to dangle when I walk that’s why I wear heels often.” I said, “When you wear them, you leave me on the ground. Ain’t you worried about that?” She said, “Are you feeling small in my presence?” I said, “Far from it. I love my women taller.” When I said that, I thought she was going to validate me by saying something like, “I also love my men shorter than me,” but she didn’t say that. She said, “Then you have nothing to fear.”

It was my own friends who came after me whenever they saw us together. In their mind, they were playing with me but I took what they said seriously especially when they said, “When you buy a suit for your wedding, don’t forget to tell the carpenter to make you a stepping stool. You may need it when the pastor says, “You may now kiss the bride.” That thing was funny. I laughed with them but I thought about it too. I stood in the mirror often and asked myself, “Am I that bad?” And then Kristie left. The issue wasn’t about height but I believe that also played a role.

Some months later, I met a girl on social media whose crazy matched my crazy. I sparked a match to her and she brought her candle. We got lit up even before we met in person. The night before we met, I intentionally asked her, “What physical attributes do you look for in a man?” She answered, “Physical? Well, he shouldn’t have any physical disability, that’s all.” My confidence was buoyed. The next day we met and the first thing she said was, “You looked like a tall person in your photos.” I said, “Really?” She said, “Yeah, you look taller in photos.” “Well, such is a photo,” I said. “The filter that smoothens other people’s faces can also make other people appear taller.” We both laughed out loud.

We had a wonderful conversation that got my confidence in the future of our relationship very high. This girl was just like my size; something around 5”3 or 5”4. We dated for about a year. She started complaining about my temper. I told her, “If you continue treating me the way you do, I can only be temperamental. You don’t pick my calls and don’t return my missed calls and still expect me to be happy? What sort of relationship are we building?” She said, “It’s not your fault. All you guys have temper issues.” I said, “You’re not taller than me so why don’t you have a temper?” She said, “I’m a woman and the fact that we are of the same size doesn’t mean I’m short. A woman is allowed to be this size.”

That relationship also didn’t end well. We had a very bitter breakup. To date, she sends me messages to insult me.

After that relationship, I took a break to think things over. Later, I met quite a few and I was straightforward about the height issues with them. Some didn’t think it was an issue but when they were reluctant to introduce you properly to their friends then you get the message. What baffles me most is about the women who are just the same as my height and yet don’t want to date me. One told me, “Your height doesn’t work for me.” I asked, “So you women don’t date around your height any longer?” She said, “Not that but you have to consider certain things too.” What those “certain things” are, no one will ever know.

I felt like I should settle for whatever came my way without necessarily chasing after the kind of women I liked. You like me, I like you too but I feared I might regret it someday—living with someone who chose you but you didn’t choose can bring a lot of regrets. Recently I met a girl—fair and beautiful. A little bit taller than I am. I proposed and it took her three months to say yes. She looks happy with me and currently, she’s the best thing to happen to me. I pray it lasts. Whenever she’s in doubt, I pray she looks at the height of my love and not the height of my person.

Please send us your articles for publication via enewsghana1@gmail.com

Ladies, If You Want Your Man to Marry You In 2021 Then Quit Doing These 5 Things