Do Not Evaluate Government's Performance Based on COVID-19 Outcomes: Bawumia It is incorrect, according to Vice President Dr. Mahamadu Bawumia, to evaluate the success of the government solely in light of the current post-COVID-19 economic challenges.

The government has continued to blame the current situation on the pandemic and the Russia-Ukraine war, despite the fact that the country’s economic outlook was favorable before the start of the outbreak.

To this effect, the vice president of the Republic of Ghana stated that:

“Judging government by the development in the global space and not including the performance of the economy when we assumed office in 2017 to 2020 is an anti-climax.

And we all know that period gave us a strong economy.”

In a speech delivered during Hogbetsotsoza’s 60th-anniversary celebration in Anloga Park, Dr. Bawumia made these statements and assertions. 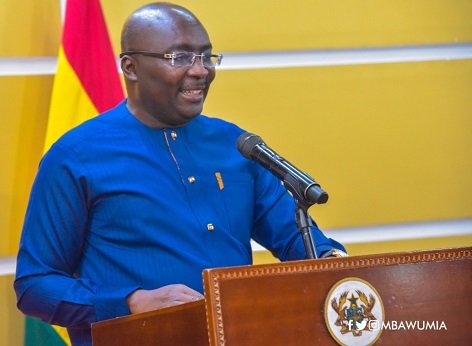 See Also: THROWBACK: If I Come And Fail, Please Vote Me Out: Nana Addo

The government, according to Dr. Bawumia, has made significant progress in all areas, including school infrastructure, railroads, fish landing sites, interoperability, restored teachers’ and nurses’ benefits, and several transformational policies and programs.

Read Also:  The Cost of Doing Business Is Too High: Haruna Iddrisu Argues

Meanwhile, a tiny group of the celebrants, who audibly objected, did not like the listing of the accomplishments, mentioned by the vice president.

However, the Vice President claimed that these achievements fell short of the overall performance of succeeding administrations.

Moreover, he asked Ghanaians to have patience as the government, he said, was working tirelessly to reduce the high food and gasoline prices.

THROWBACK: If I Come And Fail, Please Vote Me Out: Nana Addo