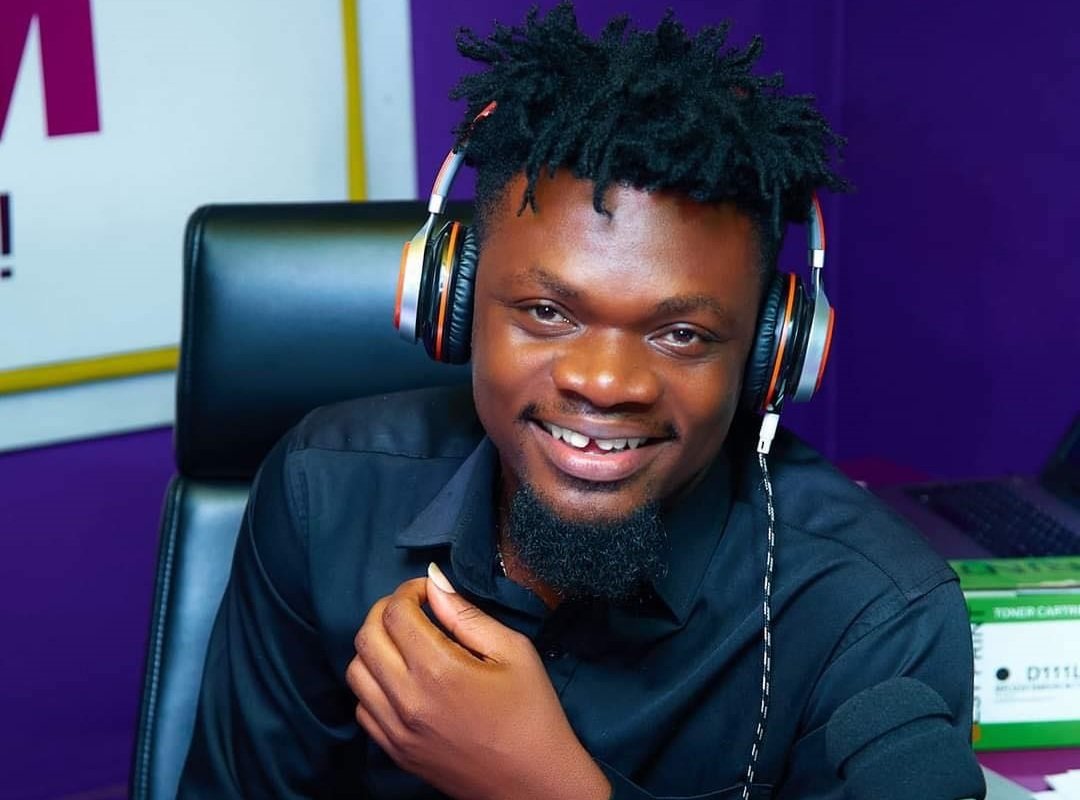 Versatile radio and tv personality Isaac Ackom better known in the showbiz industry as DJ FOXX has quit Top media group as an on-air presenter and a resource personnel.

Having been in the media space for more than a decade, DJ FOXX worked as producer and resources personnel on the drive time show then hosted by Prince Kwasi Dadzie popularly known as Mr. Handsome.

DJ FOXX later took over the show (Top Pawa drive) after the departure of Mr. Handsome to Angel broadcasting network.

Isaac Ackom who is on the verge of joining a new media house break silence on his resignation via his social media handle.

“I want to use this opportunity to thank the management of Top Media Group (Top FM and Top TV) for the support and recognition. Also, to my fans and the lovely listeners who has made me who i am today. All media friends who have been supportive in my media career i say God bless you. Officially i want to make it clear am not with Top FM again”.

My new media home will be announced very soon. 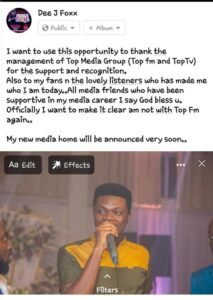 With regards to where the versatile media personality is going still remains unknown.