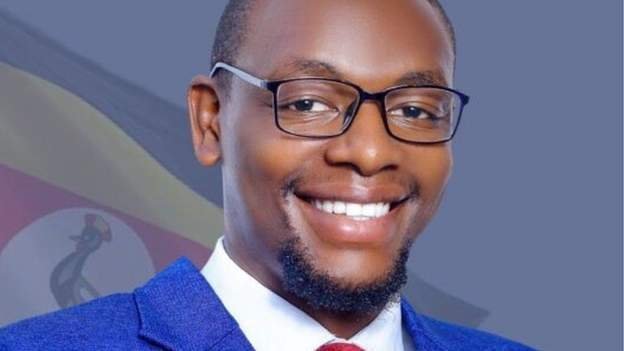 A Ugandan writer accused of tweeting derogatory statements about the president and his son has been charged in court, weeks after he was arrested.

Kakwenza Rukirabashaija was charged with two counts of offensive communication and has been sent to prison until 21 January, when he will appear in court again.

Eron Kiiza, his lawyer, said that the author was limping, and he told the court that his health was failing.

The lawyer had previously said that his client had been tortured in detention.

Mr Rukirabashaija was arrested in December and a court last week ordered that he be released unconditionally but the authorities did not heed the order.

On Monday, the court ordered that he be presented in court.

Human rights organisations and diplomats have been calling for Mr Rukirabashaija to be presented in court or released unconditionally.

The writer won the PEN Printer International Writer of Courage prize in 2021, for his novel “The Greedy Barbarian” which centres on gross corruption in a fictional country.

Mr Rukirabashaija had previously been arrested and accused of violating coronavirus social distancing rules and promoting sectarianism. At the time he said that he had been tortured.