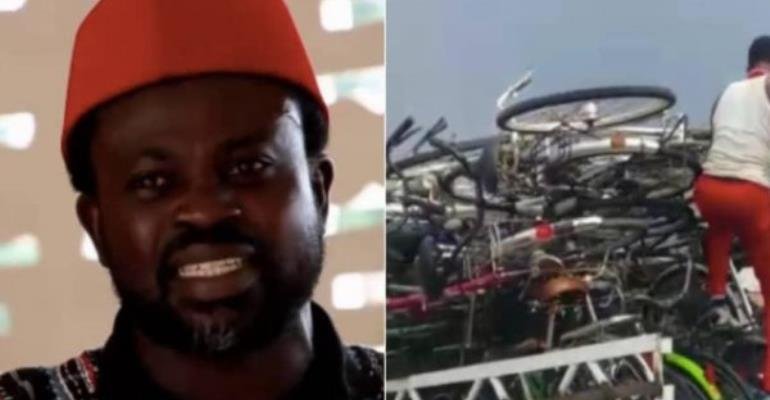 About 300 bicycles distributed to delegates by one of the parliamentary aspirants in the Assin North Constituency, ahead of the New Patriotic Party primary at Assin Bereku, have been retrieved after the defeat of the aspirant.

Mr Eric Amankwa Blay’s abysmal performance shocked his financiers so much that they had no choice but to go back for their bicycles.

Read Also:  If You Claim You Are The Majority, Why Wake Up At 3am To Fight Over Seats? – Obuobia Opoku Asks NPP MPs

When contacted by the GNA, Mr Blay said there was a clause underpinning the distribution of the bicycles to the delegates, so his financiers who were very much disappointed at the turn of events went round to collect them.

Read Also:  While NPP MPs Are Sleeping In Parliament From 3AM, NDC MPs Are At Home Enjoying ‘Heavy Breakfast’

He said the agreement was that if voted to serve his constituency, 150 more of the bicycles would be distributed to the remaining executives and delegates who did not benefit earlier.

He revealed that he had given about GH¢100,000.00 to some delegates and had no plans of retrieving the cash.

Questions, More Questions; But Who Is In Charge Of The Ongoing Lawlessness In Ghana?