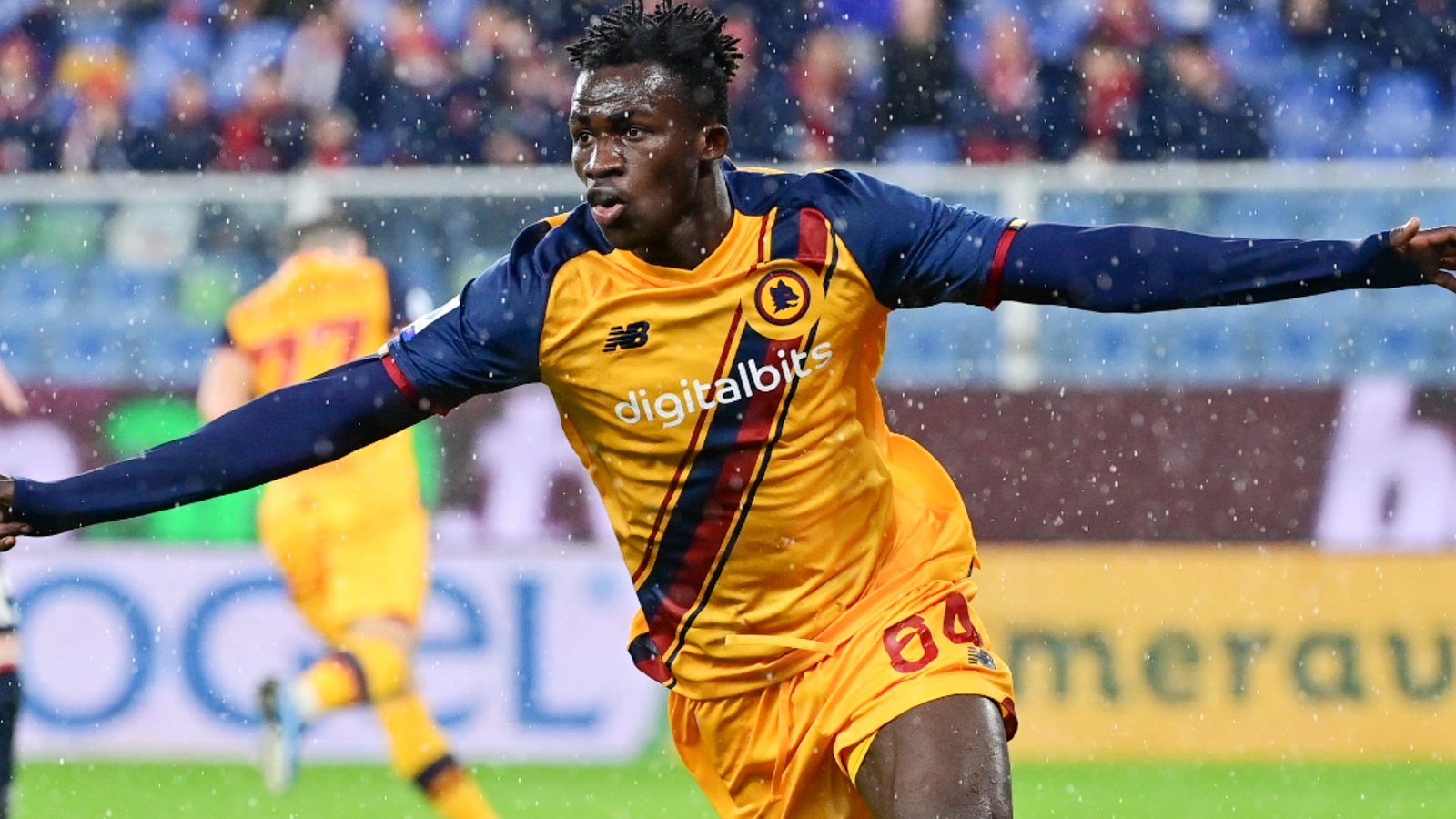 According to reports, Crystal Palace manager, Patrice Viera is a big fan of the AS Roma youngster and is ready to invest between €10 million and €12 million to bring the player to the Premier League.

Fabrizio Di Marzio, an Italian transfer expert reports that the Premier League side want to add the 19-year-old striker to boost their attack in the upcoming season.

The Premier League club are ready to invest 10-12 million euros for the Ghanaian. pic.twitter.com/yRSpI4E3OY

Afena-Gyan’s transfer asking price has gone up since making his first appearance for AS Roma last September and netting twice against Bologna a month later.

He played in both two-legged games as the Black Stars qualified for the 2022 FIFA World Cup on away goals after a 1-1 aggregate scoreline.

Afena-Gyan scored two goals in 25 games in all competitions for Roma last season.

AS Roma recently renewed his contract, however there is also a possibility that he could be shipped out on loan in order to gain more playing time.

Meanwhile, Ghana legend Asamoah Gyan believes Afena-Gyan is destined for greatness, but urged caution in placing pressure on the teenager.

They shouldn’t put that pressure on the boy. It’s too early to make that comparison. He’s a very good player,” the ex-Black Stars captain said on Citi TV.