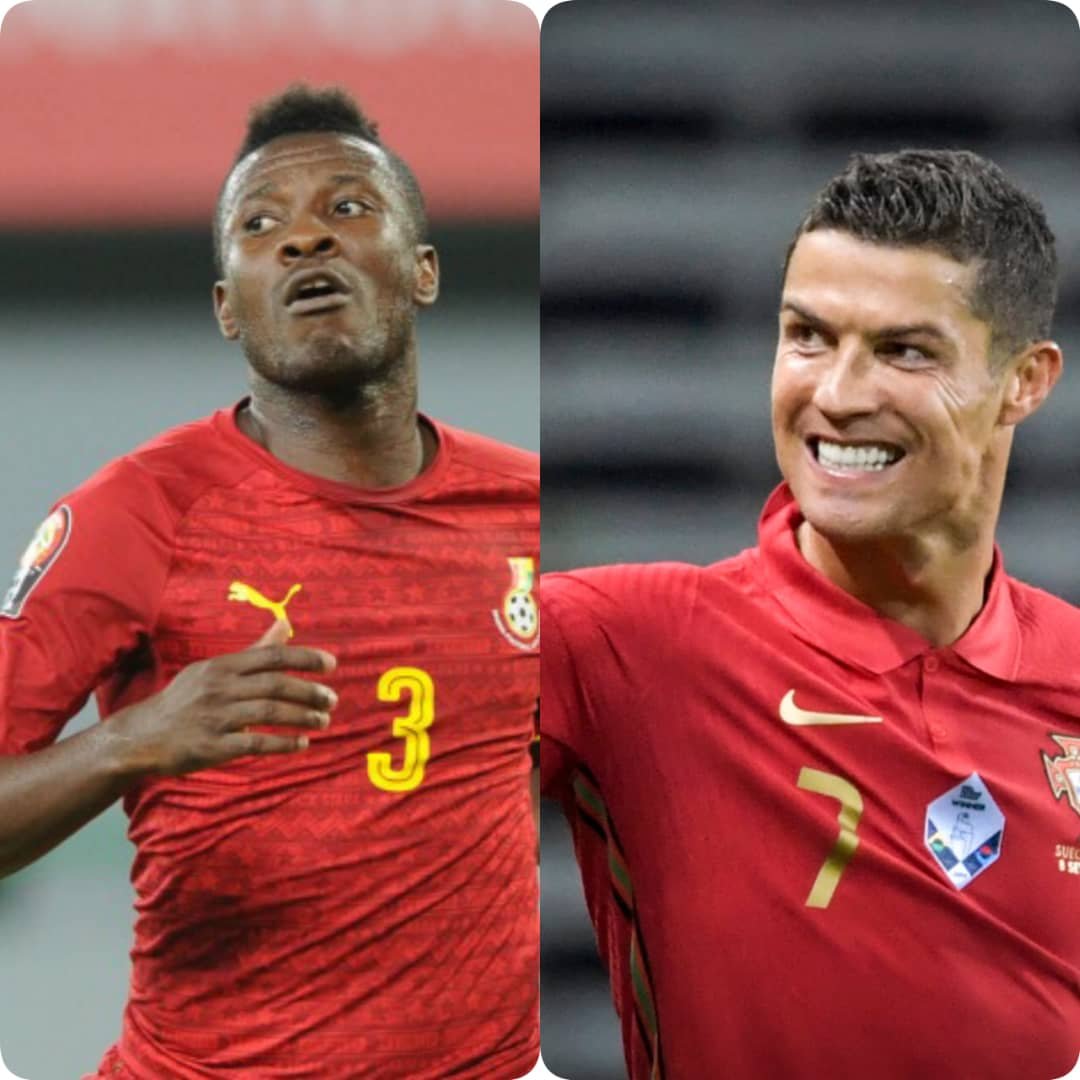 Gyan, according to Squawka Football, had held this record of consecutive tournaments (considering World Cup and AFCON/EURO/COPA AMERICA) for four years.

But Ronaldo equalled the record during Portugal’s EURO 2020 opener match with Hungary at the Ferenc Puskas Stadium in the Hungarian capital of Budapest.

Portugal defeated Hungary 3-0 with all goals coming within the last 10 minutes of the game.

Raphael Guerreiro opened the scoring in the 84th minute with a deflected shot before Ronaldo scored a brace to seal the victory.

Ronaldo’s first goal was a spotkick which he converted in the 87th minute before rounding of the Hungarian keeper in slick move added time.

Furthermore, Ronaldo became the all time goal-scorer of European Championship history taken over from Michel Platini.