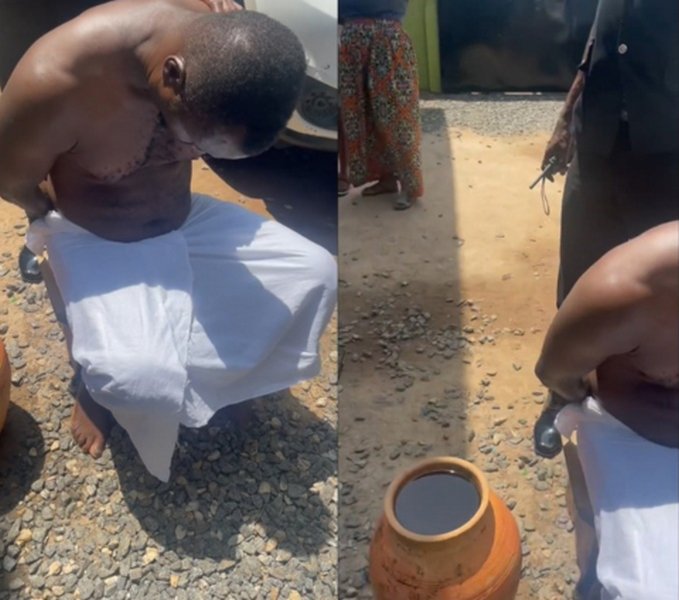 News gathered by Enewsghana.com indicates that the Domestic Violence and Support Centre Court in Accra has rejected to bail the Netherlands-Ghanaian businessman who allegedly attempted to use his own daughter for money rituals.

We previously reported that Mr Evans Kyekyeku Oppong had visited a native priest at Oyibi Kom, in Accra for ritual purposes.

Classfmonline reports that he has been provisionally charged with preparation to commit crime, to wit murder.

The Court on Monday, 20 June 2022 denied Mr Oppong bail noting that it did not have jurisdiction to grant bail in the matter.

He has since been remanded into Police Custody to reappear on Monday, 4 July 2022.

The 42-year-old businessman had sought the help of a herbalist, Nana Adu-Boafo, for the sacrificial job.

However, the herbalist alerted the police and caused his arrest.

The herbalist, who recorded the entire arrest as it unfolded, is heard in the video saying: “The girl’s father came to see me; he told me he just landed in the country after staying overseas for a while and it hasn’t been easy for him”.

“He told me he is a father of 12 and is offering two of them for money ritualsp.

“He offered me GHS 10,000 and other good surprises when the job is done. Sadly, he had just picked the daughter up during school hours and told her he was going to get her a new dress,” the herbalist narrated.

“Yes, I am a herbalist but I am also a military man. I am very disciplined. I don’t engage in any sinister activities. I want to prove to the world that herbalists are not as evil as they are painted. We are not killers as is portrayed in movies, we are healers. I have the little girl he brought for me to kill.”