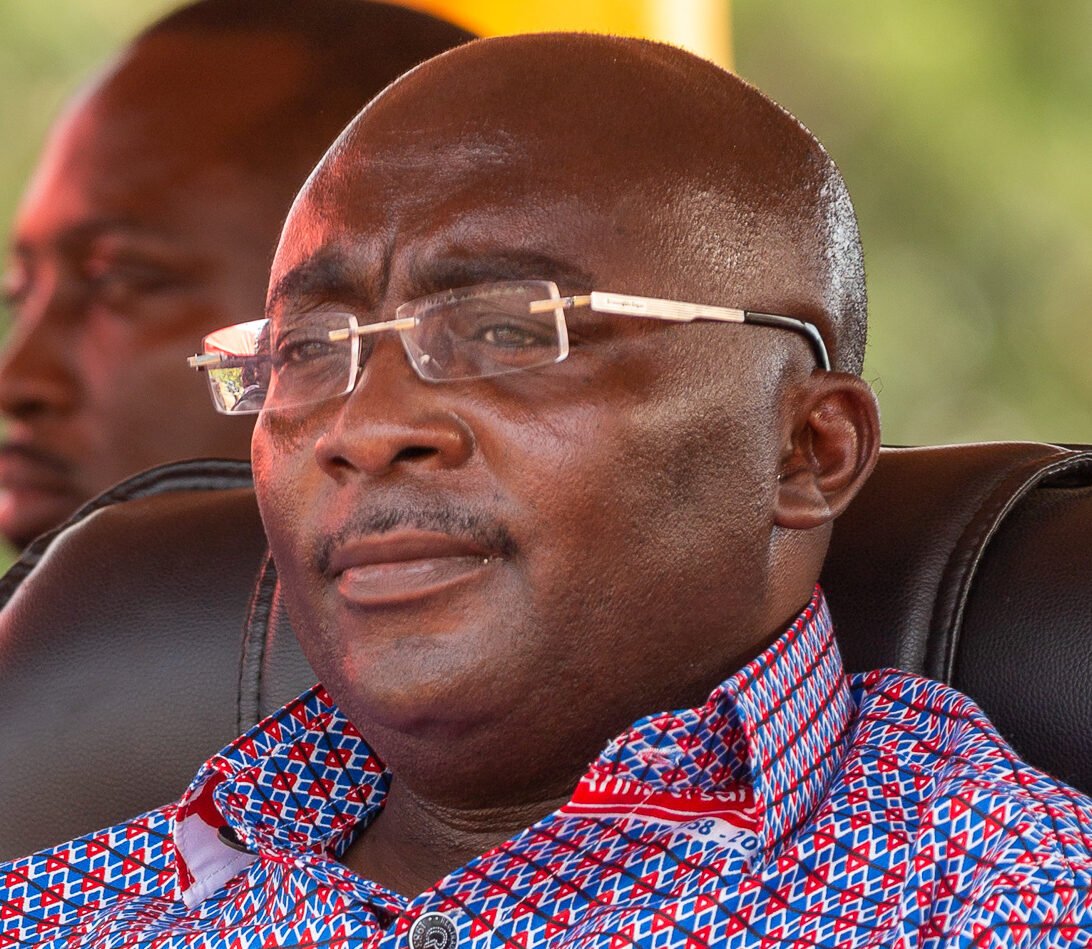 Vice President Dr. Mahamudu Bawumia has stated that a video by Anas Aremeyaw Anas (as posted on his social media account) has caught his attention.

In the said video, the Minister of State for Finance, Mr. Charles Adu Boahen, is seen allegedly using his name to sell influence and collect money from fictitious investors.

According to Dr. Bawuamia, the minister’s position as a minister of state is untenable if what he is claimed to have stated is accurately caught in the video.

On that note, Vice President Bawumia iterated as follows:

“I am not aware of any such meeting held by Minister Adu Boahen or a supposed ‘appearance fee’.

“My most cherished asset in life is my integrity and I will not allow anyone to use my name to engage in corrupt activities,”  he emphasized in a Facebook post. 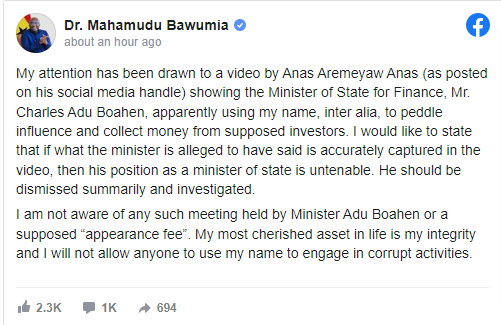 The management claimed that the issue that forced the venue’s postponement has been remedied.

To that effect, it released a statement emphasizing that:

“Our attention has been drawn to reports that an advertised event due to take place at the Accra international Conference Centre (AICC) by Tiger Eye PI was being moved from our venue.

The initial confusion was due to a scheduling conflict at the level of the AICC staff and not in any way a pollical decision as is being speculated.

The matter has been resolved. We have made contact with the organizers and the event is expected to come off as scheduled.” parts of their statement read.

READ ALSO: We Are Solely Blaming Ofori-Atta For This “Trash” Economy: Haruna Iddrisu

Bawumia Is Innocent Of All Charges: Kweku Baako Speaks On Anas’s Expose