Citi TV exposes EC, NPP over non-collation and declaration of results on piece of paper
Advertisement 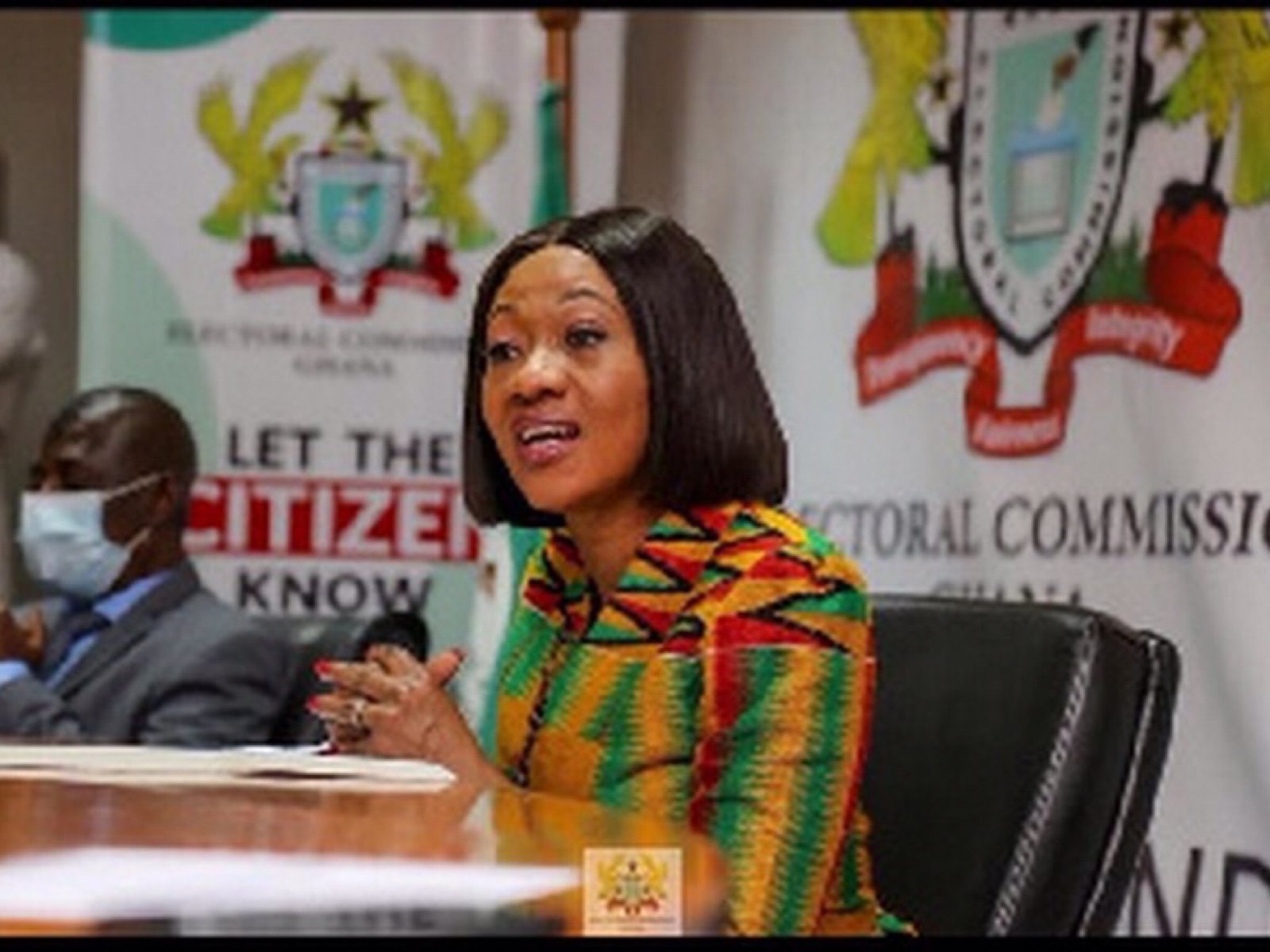 The video was a special report filed by Citi TV’s Bono East correspondent. From the footage that Citi TV showed, there were complaints of the EC’s inability to start collating the results right from the night the poll ended to the following day, 8th December. Party reps in the auditorium and NDC supporters who had massed up outside insisted that the EC should start the collation and get the winner declared.

It was the EC’s dilly-dallying and lukewarm attitude towards the collation that prompted the people of Techiman South to throng the collation center, shouting ‘we want peace.’ At this point, word had gone around that the EC officers were up to something fishy as they claimed they could not find some of their pinksheets, a document that the EC itself had given duplicates to Party reps at the various polling stations. How on Earth would pinksheets get missing less than an hour after end of poll? Madam Jean Mensah’s EC is a miracle working EC!

The EC was indeed pussyfooting with the collation under the strange excuse that they could not find sheets from some polling stations. Even when the NPP Parliamentary candidate, Martin Adjei Mensah Korsah, was interviewed, he said they were waiting for the EC to start the collation. At a point, the regional EC director had to take over from the District returning officer because his conduct gave him out as a compromised officer. For whatever reason, the same officer ended taking over the process again without recourse to the law which says there must be collation on Form 10 before declaration.

While the back and forth was ongoing, an officer of the EC pulled out a paper which looked like an A4 sheet or leaf from an exercises book and said he was going to announce the result. Indeed, under the protection of military men and police officers armed to the teeth, the officer read some figures out from a piece of paper and said that was the result of the election. He declared the NPP candidate winner.

Take note that there was no collation at this point and this accounted for the reason why the officer who did the declaration had to use a piece of paper. Under the law, declaration of results is done after collation had been duly completed and the figures entered onto a summary sheet (Form 10). After this, the result would be read out from the summary sheet and not piece of paper as we saw in the video Citi tv played, a portion of which gullible NPP supporters have been circulating. It is this summary sheet which the result is declared from that duplicates are given to political Party reps and a copy pasted at the collation center after same had been duly signed.

In the Citi TV video, not even the NPP rep was called upon to sign anything. He couldn’t have been called to sign any document because there was no summary sheet for him to sign, especially when there was no collation. There was no evidence of the officer giving a copy of the summary sheet to the NPP agent too, talkless of pasting a copy at the collation center. If the NPP agent was given a copy, the Party would have hurriedly published it to discredit the NDC. Neither NPP Constituency executives of Techiman South nor Mac Manu who addressed the press on this issue, was able to exhibit the summary sheet of the declaration.

Fact is, NPP does not have the summary sheet of the election they claimed they won, and they cannot show a copy of same to the media. When forced, the best document the NPP may be able to produce as evidence of the declaration would be a photocopy of that worthless piece of paper the officer read the figures out from. This, I shudder to say, the NPP would not do because they know that results are declared based on summary sheet and not piece of paper.

From the video footage and account of persons interviewed therein including the NPP candidate, it was clear that there was no collation. Any levelheaded person who watched the video would be convinced and clear in his/her mind that the officer had some fictitious figures written on a piece of paper either from home or prepared at the collation center or handed over to him there to declare as the results of the elections without recourse to the pink sheets and results as declared at the 267 polling stations.

If Citi Tv and it’s Bono East correspondent and any other journalist who was at the Bono East regional collation center would be true to their conscience, they would be bold enough to tell the whole world that there was no collation of Techiman South results. It is on the basis of this that the EC, which has so far responded quickly to every trivial thing, has been unable to respond to calls by Ghanaians to publish summary sheet of Techiman South. Truth is, the EC does not have any summary sheet for Techiman South because there was no collation, and thus, cannot publish same even when it is given 100 years to do it.

The EC cannot generate any summary sheet to validate it’s fictitious results as declared on piece of paper because they would be unable to forge the signature of the NDC’s collation agent. If the EC insits that there was collation and they have the summary sheet and they believe in the results they claimed they have gazetted when there is a pending petition on same, they should do a public ‘re-collation’ of the results with pinksheets of the 267 polling stations to validate their results and shame the NDC.

This cancerous injustice cannot be allowed to stand as binding precedent. To Martin Adjei Mensah Korsah, he should know that there is a supreme being who rules in the affairs of men. His intransigence and resolve to be MP for Techiman South at all cost led to the killing of innocent people by the military. Watching the video carefully, you would realized that after the dubious result was read out from the piece of paper, the military started firing at the crowd that was chanting ‘we want peace’.

This was done to disperse the crowd in order to allow Adjei Mensah Korsah carry himself around as MP elect. It was also to silence the crowd from protesting against the dubious result that was announced from a piece of paper. Why would the military shot into an unarmed jubilant crowd chanting we want peace? The people were not rowdy and there was no evidence that there was confrontation between them and the security.

Today, Martin Adjei Mensah Korsah is walking in Techiman or wherever he finds himself happily while innocent souls have been wasted because they stood against falsification of election results in his favor. His children and family are alive while others have been killed. I pray he and his family live to enjoy life. What has happened in Techiman South is the more reason why the NDC would use any means available under the sun to get what is duly ours. Techiman South results must be COLLATED NOW!