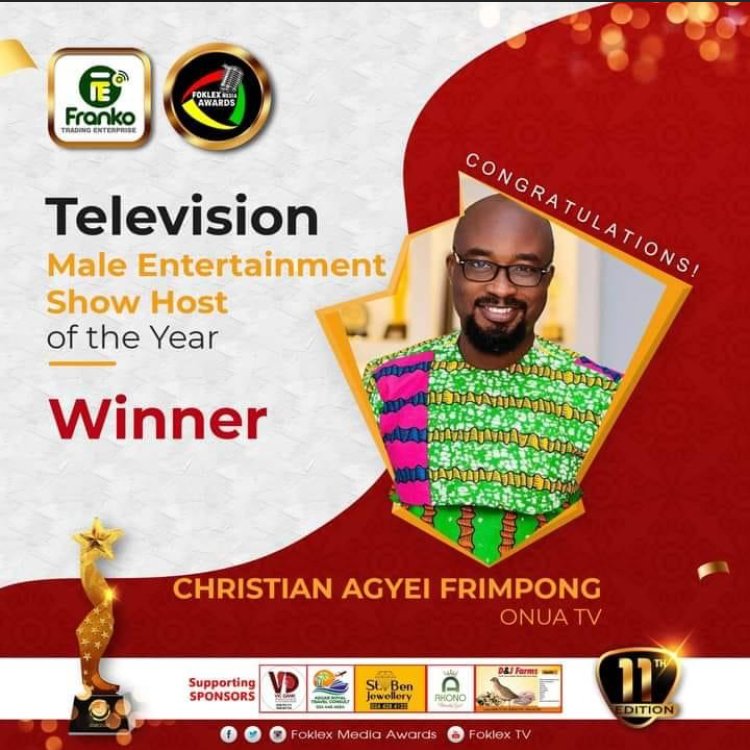 Ace Broadcaster and host of Onua fm/tv‘s “ANIGYE Mmre” Christian Adjei Frimpong has beaten all odds to emerge as the entertainment show host of the year at the Just ended FOKLEX 𝗠𝗘𝗗𝗜𝗔 Awards.

The awards which took place at the National theater over the weekend saw great personalities and media enthusiasts beautifully grooming the event.

Christian Adjei who doubles as the programs manager for Onua FM beat of tight competition from fellow industry gurus to emerge as the winner in the entertainment show host category.

Chopping success and making great impact, Christian has a rich background in the media landscape with over two decades in on and off air activities.

His immerse contributions towards the betterment of the creative arts industry cannot be robbed off hence pitching him to win the award.

Christian Agyei Frimpong, was born and raised in Nsuta in the Ashanti region to Mr and Mrs Frimpong a doctor and a teacher respectively, both retired.

Upon complication in 1996, he moved to Nsuta where he helped his mother at her shop for three years and later moved to Accra in 1999 to start a sachet water business with his late brother.

In that same year,he chanced on someone who helped to secure a job in Georges Court hotel in east Legon as a waiter and later became the supervisor. Within 10 years, he had worked with three hotels namely, Georges court hotel, Trevi hotel and Penta hotel all in east Legon in Accra. 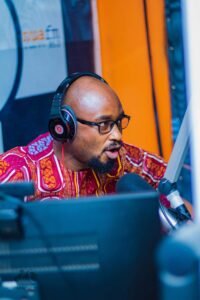 Whilst in Nsuta, Christain started listening to presenters such as the late kwame Owusu Ansah, King Batuka, Kafui Dey and wɔfa Bosie Amponsah. As someone who believed in his talent and saw radio as a passion he kept on listening to these great personalities.

He enrolled in ace broadcaster, Tommy Annan-Forson’s Radio broadcasting development foundation (Rabodef) to be trained as a broadcaster. 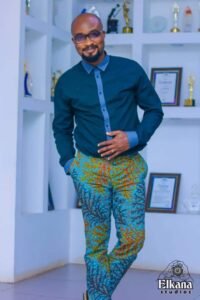 He then furthered his education to the tertiary level where he obtained degree in Bsc in communications at African university college of communications( Aucc).

Apart from being an air person, he acted as programs manager for Onua fm for over a year.

He has been nominated 6 times at the RTP Awards , won the overall entertainment personality award by the the people’s choice awards , Citation from archers media institute, Africa Youth ShowBiz Awards (AFYSA) and FOKLEX media awards Male entertainment show presenter of the year 2022’. 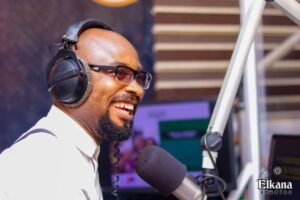