Cardi B blames US School System for ‘Cultural Ignorance’
Advertisement 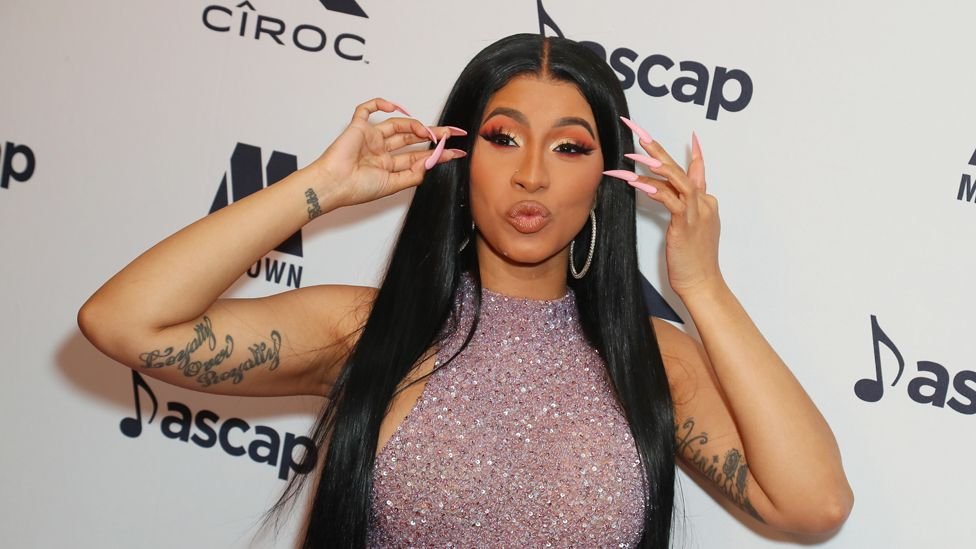 American rap star Cardi B thinks the US school system is to blame for the ignorance surrounding “race, ethnicity and nationality”.

The chart-topping rap star – who is the daughter of a Dominican father and Afro-Trinidadian mother – has taken to Twitter to hit out at “uncultured swines”, but also insisted they’re not to blame for their own ignorance.
Alongside a video discussing the Dominican population, Cardi wrote:

“For the uncultured swines that don’t understand the difference between race, ethnicity and nationality especially when it’s about Caribbean islands. I don’t blame you tho. I blame the school systems (sic)”

In the video spotted by ENEWSGHANA.COM on her Twitter page, the narrator explains: “The Dominicans are one of the most diverse ethnic groups in the world, with around 73 percent of its population identifying as mixed. Historically, it was the first permanent settlement of the Spanish in the Americas and the first place to transport African slaves into the New World.”
Earlier this year, Cardi bemoaned the “one-sided” history lessons taught in US schools.

The ‘WAP’ hitmaker – who was born and raised in New York City – took to Twitter at the time to educate Americans about the history of her ancestors.
“One more thing I want to make clear to Americans. Colonization did not just happened in the USA .Actually the first diaspora boat and slaves arrive in The Dominican Republic.

Our Haitian & DR brothers & sisters were put against each other by their colonizers Spain & France. (sic)” she said.
Cardi, 29, then suggested that Americans aren’t sufficiently well-informed about important historical events.

She said: “I wish I can speak more about history and the one sided history these school be giving us. Besides this whole “Latin lesson” that I’m giving ya there is soo much I have learn that if I speak on it I feel like the government will OFF me .I’ll just talk to myself about it .”