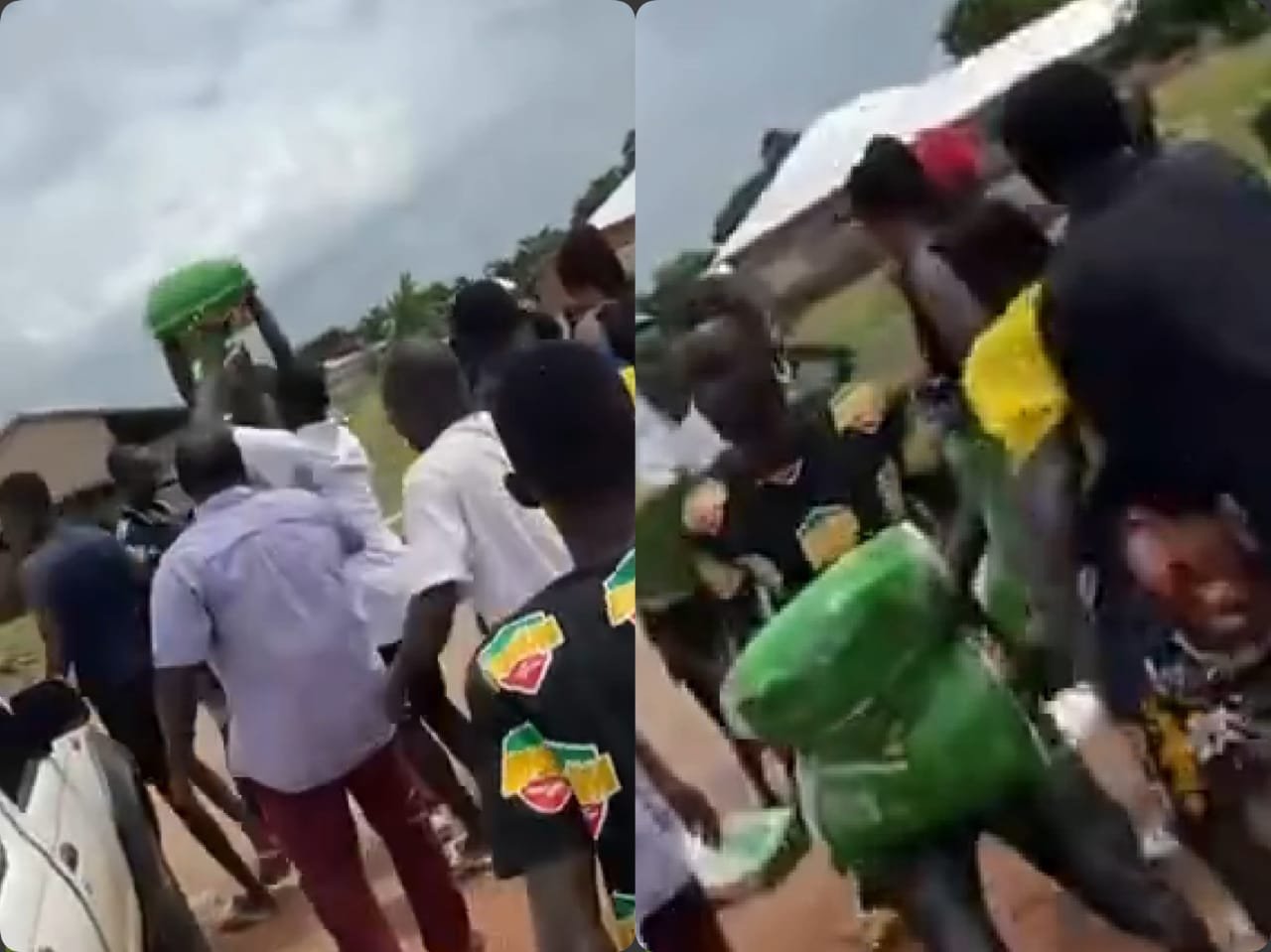 A cross-section of the youth in Busunu in the West Gonja Municipality have rejected some bags of rice sent to them by the Member of Parliament of Damongo Constituency, Samuel Abu Jinapor for the celebration of Eid-Ul-Adha festivities.

They did not only refuse the gift but also chased the people amidst chants of rejection.

The youth who have been identified as sympathisers of the ruling New Patriotic Party (NPP), said they need jobs from the MP and not food.

In a report sighted by Enewsghana.com on JoyNews, some residents indicated that some of the bags of rice which were earlier offloaded in some households in the community were quickly mobilised and sent back to the car.

As if the outburst on the team was not enough, the youth-led by a teacher, Gbelo, hooted at the team before ordering them out of the community.

“The era of promise and fail by politicians and political parties in Busunu is over,” the youth said.

“We didn’t ask you to give us rice, you promised us jobs and not rice and we have gone beyond the rice,”  the youth chanted.

JoyNews’ sources in Busunu further indicated that youth who championed the act are angry NPP supporters who feel betrayed by their legislator for neglecting them while giving jobs to opposition supporters.

The sources further noted that prior to this latest outrage, the youth had exhibited their anger with a protest in Damongo during the commissioning of the MP office.

Ghana Could Go Back To HIPC Due To Akufo-Addo’s Borrowing Trend – Dr. Ato Forson Warns Gov’t