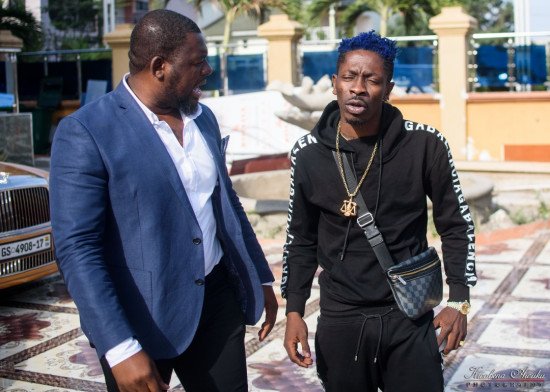 Disclosing why his manager has taken such a position, Shatta Wale named the embattled gold trading firm, Menzgold, as one of the main reasons Bulldog attacks the NPP.

According to the Shatta Movement boss, Bulldog had his funds locked up when the Security and Exchanges Commission and the Bank of Ghana ordered Menzgold to stop operating.

Per Shatta Wale’s assertion in an interview on Daybreak Hitz on Hitz FM, monitored by Enewsghana.com, Bulldog was unhappy about the collapse of Menzgold.

“Bulldog has no problem with Akufo-Addo… his problem is that he invested money in Menzgold and they have shut it down.. he wants his money and anything he will do anything to get Nana Addo’s attention.

“He doesn’t mean to disrespect…he is always fighting for his money…He told me he will do it till he gets paid. He has over a million and half invested and it’s giving him lots of problems. His father is ill, he has kids outside to take care of,” he said.