Video: City Guards Mercilessly Lash Pedestrians for Refusing to Use the Footbridge 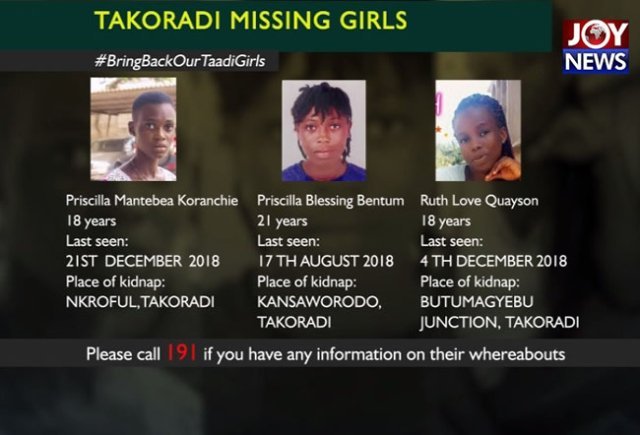 A Sekondi High Court has sentenced to death, the two accused persons behind the kidnapping and subsequent murder of the 4 Takoradi girls.

However, the Judge has given a 30 day window for the accused to appeal, if need be.

Samuel Udoetuk Wills and John Oji, second accused, both Nigerians, were facing trial in connection with the kidnapping and murder of four girls; Ruth Quayson, 18; Priscilla Blessing Bentum, 21; Priscilla Koranchie, 15; and Ruth Abekah, 18, who got missing between August 2018 and January 2019.

The two pleaded not guilty to eight counts of conspiracy and murder.

After months of fruitless search for the ladies, on January 4, 2019, relatives, friends and some residents staged a demonstration demanding justice for the girls.

This compelled the Western Regional Police Commander, DCOP Benson Redeemer Dedzo hold a first and official press conference during which he gave details on how the kidnappings happened.

The kidnapping of the girls became a national issue dominating discussions in the media.

Share with Friends:
Related Topics:kidnapped takoradi girls
Up Next