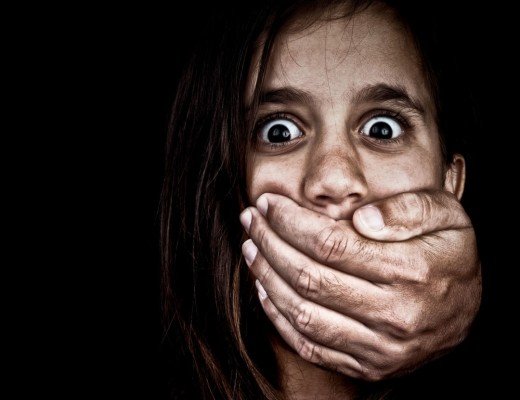 Brave mother foils daughter’s ‘kidnap ’But for the sheer bravado and vigilance of a mother, her 12-year-old daughter Blessing Sarpong would have perhaps been kidnapped at Kansaworado, a suburb of Sekondi in the Sekondi-Takoradi Metropolis of the Western Region – Ghana.

Margeret Cudjoe stated she has taken extra precaution ever since the news of kidnapping gained currency in the community and got alarmed when she saw the alleged kidnapper.Narrating events to 3news.com, the bewildered mother said her daughter had returned from an errand and had left to go and play.

Minutes after, she saw through her curtains a gentleman – the alleged kidnapper – beckoning someone. According to the mother, the gentleman did not look familiar.

“Given that I’ve heard on radio about the recent kidnappings in the area, I became alarmed and came out,” she said.She stated that “just after I came out, I met my daughter and asked her where she was going and she told me the gentleman I had seen earlier asked her to show him the way to a mobile shop”.

Margeret Cudjoe continued: “This time I became more scared and turned my attention back to the gentleman but then he was nowhere to be seen”.

According to her, she started searching for the gentleman and later found him at a drinking bar nearby.

“I accosted him and hooked him by his shirt and started interrogating him but then another young man – Ebenezer – who was at the bar threatened to slap me because my accusation was baseless.

“I came out and raised an alarm and one young guy said he saw someone in red top running towards the bush and so the young men around took sticks and clubs and also headed for the same direction”.

Before long, the news of the alleged kidnapping had spread throughout Sekondi-Takoradi, drawing many residents to Kansaworado.

Unfortunately at that time, they did not suspect anything so they did not give any alarm but one said he saw only GT 17 of the car’s number plate.

Mr Obeng Tawiah has since the kidnapping formed a committee that patrols the Kansaworado and Diabene area.

He indicated that “in the past few months this area has seen an increase in Nigerian young men living in uncompleted buildings”.

Currently “what we are doing is looking for the owners of such uncompleted buildings to tell them to evict the Nigerians”.

“Some of the young men here have resolved not to spare anyone found in an uncompromising instance”.

Kansaworado is close by Diabene, where three girls have been kidnapped in Sekondi-Takoradi.

I will reward both competence and loyalty – Joshua Alabi