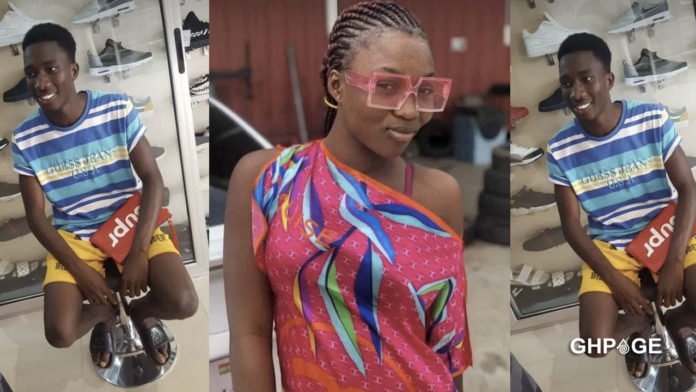 An angry boyfriend has done the unthinkable by killing his girlfriend for allegedly receiving a gift from another man.

Report has it that, the suspect who has been identified as Shatta carried this gruesome act after he was informed that his girlfriend had received a Tecno Camon 15 phone from another guy.

The deceased girlfriend who has also been identified as Juliet Obu  was told by Shatta that he was going to buy her an Apple iPhone to replace the Tecno phone he destroyed.

Some eyewitnesses claimed that prior to the murder of the deceased, Shatta had brutally assaulted Juliet but later went with some friends to apologize for his actions.

They continued that Juliet left town to go freshen up around 8:00pm after she was later called by her boyfriend.

She went immediately without putting on slippers to meet the assailant, who stabbed her to death.

READ ALSO; Video: Bulldog Finally Granted Bail After He Was Arrested By The BNI For Criticizing Akufo-Addo

The suspect stabbed and cut her at several places around 9:00pm — making her to bleed profusely leading to her death.

The body of the deceased has been deposited at the Police Mortuary in Accra.

The suspect is yet to be arrested, however, his mother and brother have been arrested to aid in the search for him.

Stop Being a Boring Wife or Girlfriend, Say These 20 Sweet Words to Your Man

Don’t Be A Boring Wife Or Girlfriend, 5 Places to Easily Turn a Man On When Touched During Bed-Game