Bogoso Gas Explosion: No Human Can Live There Again, The Town Is Dead - NADMO 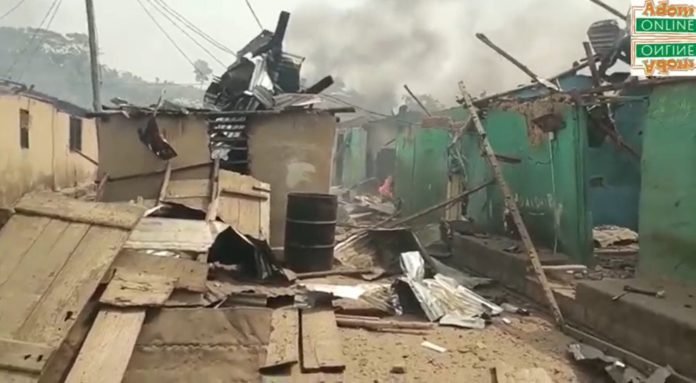 Apiate near Bogoso in the Western Region where an explosion occurred which left scores dead and others injured has been declared a dead community.

According to the Prestea Huni-Valley National Disaster Management Organisation (NADMO) Coordinator, Francis Abeiku Yankah, it is a place no human can live again.

“I saw complete devastation of the community called Apiate, as we speak the community is dead, it cannot be inhabited by anyone. Lifeless bodies were lying down as a result of the explosion,” he said in an interview with Accra-based TV3.

Mr Yankah explained the Municipal Chief Executive dispatched excavators to the scene to rescue victims trapped under the debris following the collapse of structures.

It is unclear the number of casualties involved in the incident which occurred on Thursday afternoon.

The town has been wiped out as human bodies are reportedly mutilated with buildings and other structures completely destroyed.

Police preliminary investigation has established that a mining vehicle moving explosive chemicals from Tarkwa to Chirano mines collided with a motorcycle.

The Police say it has, in collaboration with other emergency service providers, “activated a full emergency recovery exercise.”

The public has been advised to move out of the area to nearby towns for their safety while recovery efforts are underway.

Watch video of  the devastated town below;