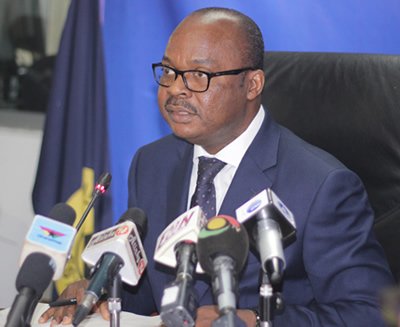 To address the volatility of the foreign exchange rates in the country, the Bank of Ghana (BoG) is preparing to adopt market-based pricing of its transactions, which should allow for calculation based on the exchange rate of the spot trades by the banks during the day.

It is expected that in promoting market-based interventions, there will be a deepening of the foreign exchange (FX) market, while still leaving room for the BoG to address exchange rate volatility, and eliminate the current gap between the official exchange rate at which the BoG offers FX and the market derived rate on the interbank market, which creates an unfair playing field for enterprises and room for arbitrage.

To this end the central bank is expected to revise the calculation method for the reference rate to exclude its own trades. These measures are to help develop a deeper and more efficient foreign exchange market.

Further to the formalization of the FX market, the Bank is preparing a rule-based FX intervention policy, with the dual objectives of supporting reserve accumulation and dampening excess volatility in the exchange rate.

US dollars sold by the BoG have tended to be slightly cheaper than dollars bought in the interbank market. As the BoG has accounted for the bulk of the transactions in the FX market, it has continued to be the market maker.

Some analysts are now of the view that setting the reference rate close to the spot trading rates can reduce the price difference between the market rate and auction rate by the BoG, thereby reducing the losses incurred in foreign exchange trading.

Prior to this, in February 2019, the BoG issued a directive on how participants in the FX market must conduct their operations, under Section 92(1) of the Banks and Specialized Deposit-Taking Institutions Act, 2016 (Act 930) and the Foreign Exchange Act, 2006 (Act 723). This was aimed at clearly regulating the conduct of interbank foreign exchange business in the Ghanaian financial market, as well as establishing standards of practice that will ensure an efficient and effective FX market.

At the same time, portfolio rebalancing by foreign investors led to the repatriation of principal and interest, leading to a drop in gross international reserves (GIR, excluding oil funds and encumbered assets) of US$174 million through to end-December 2018—against a programmed increase of about US$418 million. As a result, import cover declined to 2.7 months compared to 2.8 months a year earlier.

Despite large FX sales by the BoG, the cedi depreciated by around 9 percent against the US dollar over the course of the year. Depreciation pressures continued in early 2019 as the BOG sought to strengthen its FX reserves. But the exchange rate has stabilized since late March following a US$3 billion Eurobond issuance which has increased international reserves to US$9.9 billion, a long term high and enough for over five months import cover.

Ghanaian MD of Ecobank Kenya retires after 29 years of service