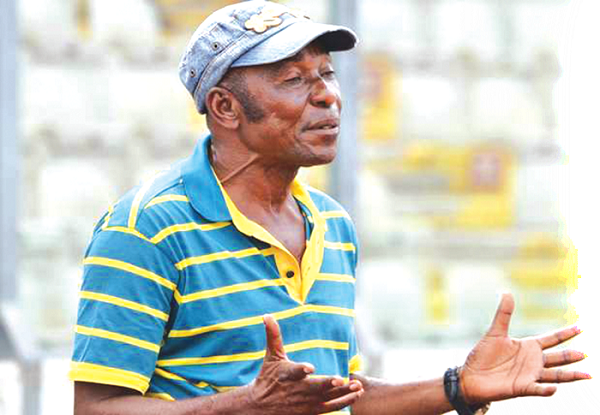 J. E. Sarpong, a former Asante Kotoko coach, has advised the Ghana Football Association to have locally reserved players for the Black Stars.

After two matches played in the 2022 World Cup qualifiers, the quality of Black Stars players have been questioned by many Ghanaian football fans.

Ghana recorded a hard-fought 1-0 win against Ethiopia at the Cape Coast Stadium over the weekend.

Mubarak Wakaso’s long-range effort proved that difference in the game.

In the second group game against South Africa, the West African country suffered a late 1-0 defeat against the Bafana Bafana at the FNB Stadium on Monday.

But the veteran gaffer believes it is about time the country’s football governing body puts together a pull of reserve players who will be integrated into the Black Stars.

He stressed that it is about time the country stops the overreliance on foreign players and build a pull of local players for the national team.

“It is about time we get reservoir of players for the Black Stars because we cannot always rely on the foreign players.

“Our best players in the Ghana Premier League were nowhere to be found in the Black Stars but when these pull of players are available, we can rely on them anytime but because we don’t have that, we call any player when we are in crisis but it should not happen.

“We need a good competition in the team to ensure our national team gets the results all the time,” he added.

Richard Attah, Fatawu Mohammed, Daniel Afriyie Barnieh and Abdul Ismail Ganiyu were the only local players who were handed a call up to the Black Stars for the 2022 Fifa World Cup qualifiers.