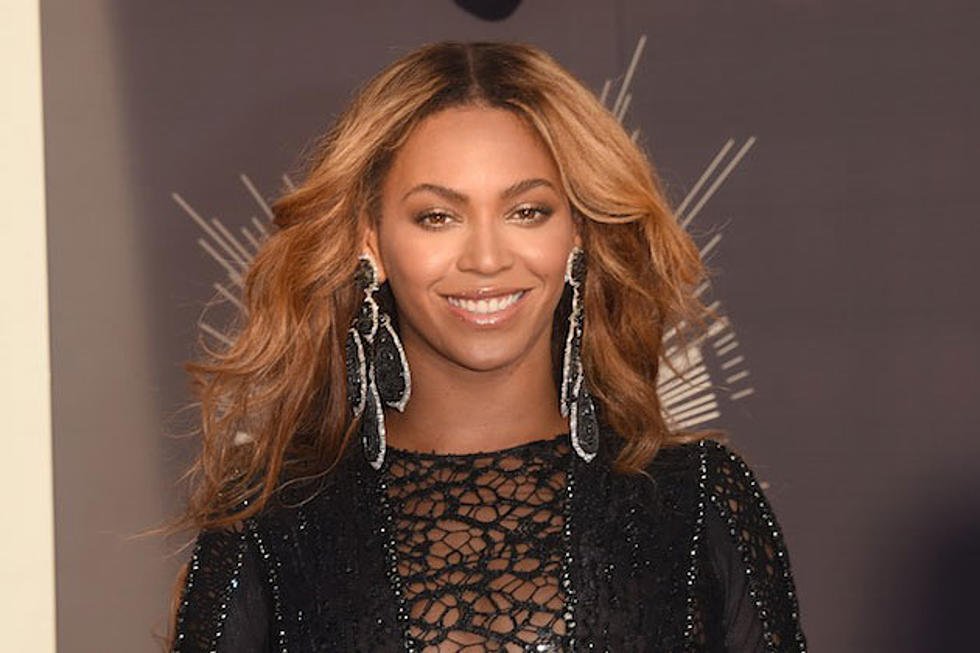 Beyonce has issued a passionate plea calling for the end of “senseless brutality” in Nigeria amid ongoing protests relating to the police unit known as the Special Anti-Robbery Squad (SARS).

Since the #ENDSARS demonstration began, many celebrities across the globe have shown their support for the citizens protesting for injustice going on in Nigeria to come to an end.

Read Also:  Video: Koku Anyidoho’s Wife Narrates How Koku Sacked Her From Their Home After The Death Of Their 9-Year Old Daughter

Protests have been taking place across the West African country and worldwide against the SARS, which has become notorious due to allegations of brutality and extortion – prompting successful calls for it to be disbanded.

Read Also:  Only a stupid man will mobilize $100m for a Cathedral but seek medical care in America – Kwaw Kese

The ‘Already’ hitmaker took to her Instagram page to throw her support for protesters in Nigeria. 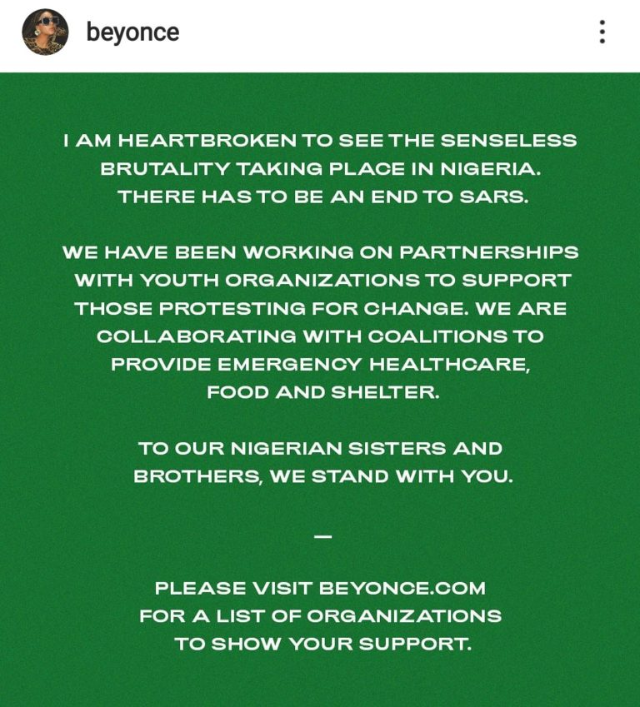 In recent weeks, demonstrators have been taking to the streets daily to protest against police brutality in Lagos, with stars including John Boyega, Chance the Rapper and Burna Boy backing the opposition.

President Muhammadu Buhari dissolved the unit on 11 October but demonstrators have called for more changes in the security forces as well as reforms to the way the country is run.

Following the protests, officials have implemented curfews beyond the city of Lagos as anti-riot officers struggle to control violence in the region.

Share with Friends:
Related Topics:#ENDSARSBeyonceFeaturedNigeriapresident muhammadu buhariProtestersWorld News
Up Next