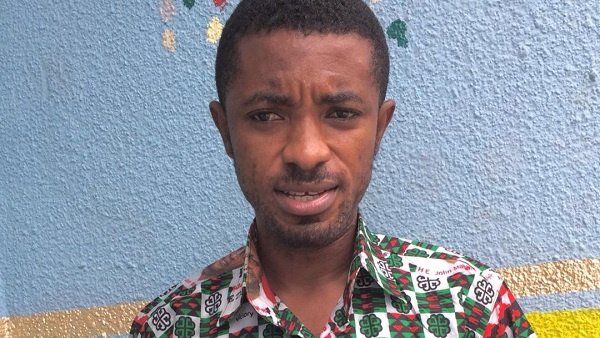 1. Dr. Bawumia back in 2019 informed Ghanaians about the implementation of a benchmark value discount, a policy which was to see to a 50% scrapping off import duty for some selected goods while vehicles enjoyed a 30%.

2. Even though Ghanaians welcomed it due to the rising hardship, the justification by Dr Bawumia for the policy implementation categorically exposed his hypocrisy and amateurish tricks.

3. You will recall Dr Bawumia told Ghanaians, Ghana’s port was one of the most expensive in Africa and so we were not competitive in the import industry. He backed this statement with the increase in smuggling of goods into the country through other ports like Togo and the high decrement of revenue recoup to that effect making government being on the losing end. Therefore government had to find ways of decreasing the import charges.

4. This was where Dr Bawumia exposed himself and the bad leadership of the NPP since they created the problem of the import charges hikes and were miserably finding lazy ways to solve it.

5. It must be noted that the Benchmark value has been around since time immemorial under harmony system codes. Previously it was only used when the commissioner of customs felt the importer was trying to cheat the government with the import pricing. In such a circumstance, customs referred into it to propose a commission value.

6. Currently same cannot be said. The Akufo-Addo Bawumia government chose a different and an insensitive side. The government rather decided to categorize all imported goods into 84 groups and proposed strict and draconian commission values on all categorical groups.

With this the Akufo-Addo Bawumia government now decides the value of your imported goods and charge accordingly the import charges with their own commission value and not the in line with value stipulated in an importer’s invoice.

7. This was the real genesis high import charges after the old way Rawlings, Kufuor, Atta-Mills and Mahama (their excellencies) adopted. This proves the Benchmark value discount was to solve a problem the Akufo-Addo Bawumia government caused.

8. Sadly the insensitive Akufo-Addo Bawumia government returned to remove the little solution they provided to the gargantuan problem caused at the ports yet some NPP communicators are acting all Sergio Ramoses just because it’s a party’s decision thus at all cost conscience must be sacrificed for bellyful.

9. Unfortunately the inconsistent Akufo-Addo Bawumia government has come again to defer and not reverse their insensitive decision for sometime to do broader consultation. A vivid display of arrogance and showcase of “we know all” attitude since they have made Ghanaians understand they didn’t bother to consult stakeholders before settling on a decision; a same case for the electronic levy implementation and its accompanied brouhaha.

10. The president and his vice must understand that under this current hardship and economic malady, there is no justification to annul the genuine calls for the ordinary Ghanaian, most especially the importer to the government to rescind and scrap its current position.

11. Arguments of local industry dying off is infantile since regardless the situation, local industries do not meet demands of consumer with their production capacities and at all cost chunk number ought to be imported. In some instances like local cement production, raw materials like the clinker are imported and hence current government position will do more harm to such industries.

In other cases plants used in the production line by the local industries will incur the high doubling import cost effect for which the manufacturer may obviously push it to the consumer. Finally some products captured are not locally produced making the case of destroying local industries, a case with no logical reasoning.

12. Going forward government ought to be meticulous in its decision and tailor them in line with the grievances of the ordinary Ghanaian.

The NPP member ought to also understand that any bad policy that will bring unbearable hardship on Ghanaians befalls us all thus there should be no room mollycoddling the government with their defence!

Share with Friends:
Related Topics:Dr. Mahamudu BawumiaFeaturedNDCSupremo Mensa
Up Next