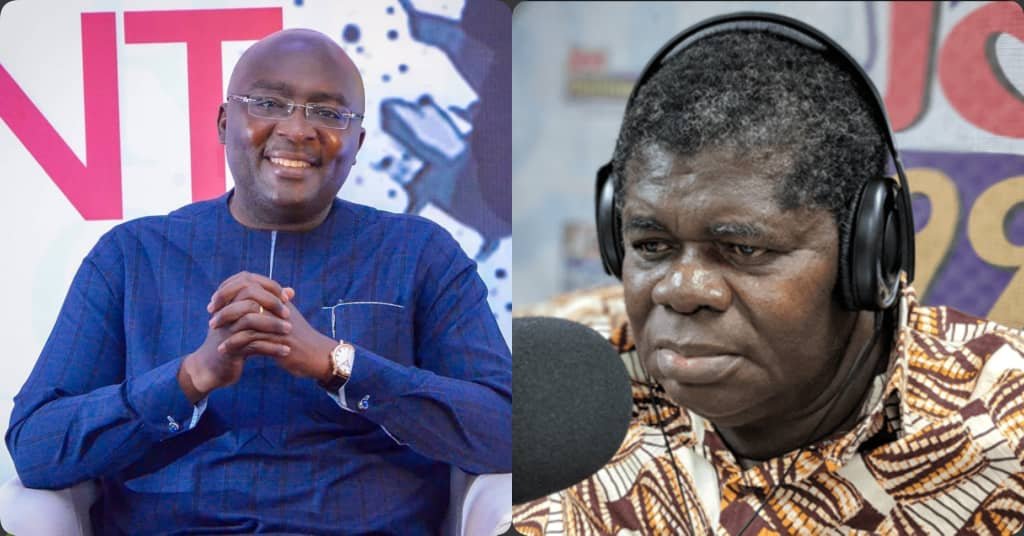 Vice President Dr Mahamudu Bawumia has reached out to actor Psalm Adjeteyfio, known to many as T.T., following his public appeal for support.

The Taxi Driver TV series actor, in a viral interview, appealed for GHS 3,000 to enable him to pay his rent.

The actor revealed in the said interview that after years of his acting career, he had nothing to show for it and now survives on the benevolence of others.

He disclosed he has become a charity case and will be evicted soon if help does not locate him.

However, his passionate appeal has touched the hearts of many Ghanaians, including Dr Bawumia, who as a matter of urgency, has offered support.

This saw the spokesperson of the Vice President, Dr Gideon Boako, pay a visit to the presenter who interviewed the actor.

The amount is expected to cater for Mr Adjeteyfio’s five-year renewable rent at a cost of GHS 30,000 and GHS 20,000 for his upkeep.

Posting a photo, he wrote: Despite mourning his mum who died in the early hours of today. Dr. Bawumia this morning fulfilled a promise he made yesterday to TT of Taxi Driver fame that he will foot TT’s rent bills.

Dr Bawumia has paid 6 months renewable for the next 5 years (30k) for TT and has also given TT 20k for upkeep. In all, he gave TT 50k this morning.