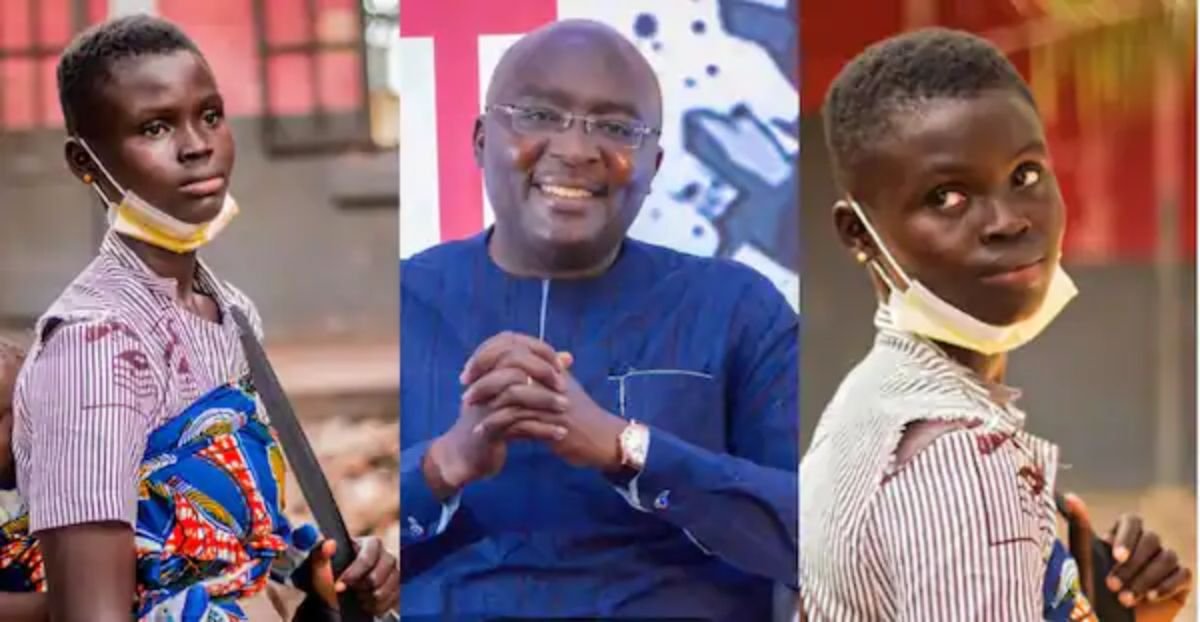 This generous gesture follows a report that was filed by YEN.com.gh sighted by Enewsghana.com about the orphaned teenage mother who used to sleep with her son at the Art Centre and sold pure water after school to cater for herself and her 10-month-old son.

Rita Awuni, who returned to school after giving birth to her son, is to choose an apartment of her choice which is closer to her school.

Speaking on the Breakfast Show on GTV, Special Aide to the Vice President, Dr Kabiru Tia Mahama, said after watching the programme, the vice-president was touched by Rita Awuni’s plight, thus, directed the Department of Social Welfare to put in place measures to ensure the safety of the young mother and her son.

According to Dr Kabiru Tia Mahama, the vice-president commended Awuni’s determination in fighting to further her education despite her predicament.

‘The vice-president believes that as a country, the system must work and they should cater for some of these particular things when they do crop up.

But hadn’t heard the story, he quickly directed that I get in touch with the Department of Social Welfare to see what they could do to support the young lady.

”He has directed that we get her a nice apartment at the location of her choice and also closer to her school, where the young lady and the child could lay their heads and also provide her with some foodstuff and provision,” Dr Kabiru Tia Mahama said.

The Special Aide to the vice-president revealed that Dr Bawumia further reached out to Awuni’s family.

”The vice-president did not even stop there, he tried to reach out to the family of the young lady back in the North. We found her grandmother, referred to as, Mummy Soldier, to explain circumstances under which this young lady got herself into this particular situation,” said Dr Kabiru Tia Mahama on the Breakfast Show.

Rita Awuni who was on the #GTVBreakfast expressed gratitude to the Vice President.

”God bless him, I am very happy, all my suffering has come to an end, I can now give my baby a good bath, and put him to sleep in a comfortable bed,” she said.