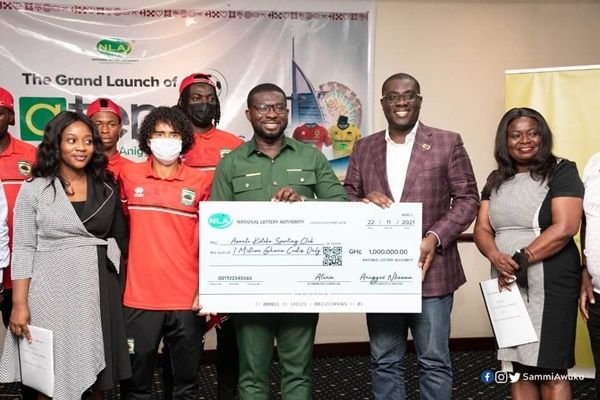 The partnership deal which was unveiled yesterday, November 22, 2021 is subjected to renewal.

The Porcupine Warriors will see earning increased next year if they are able to help the NLA to get the needed presence at the moment.

Kotoko sit on top of the league summit with 12 points.

I Don’t Fear Getting Sacked By Hearts of Oak, If…… – Coach Samuel Boadu