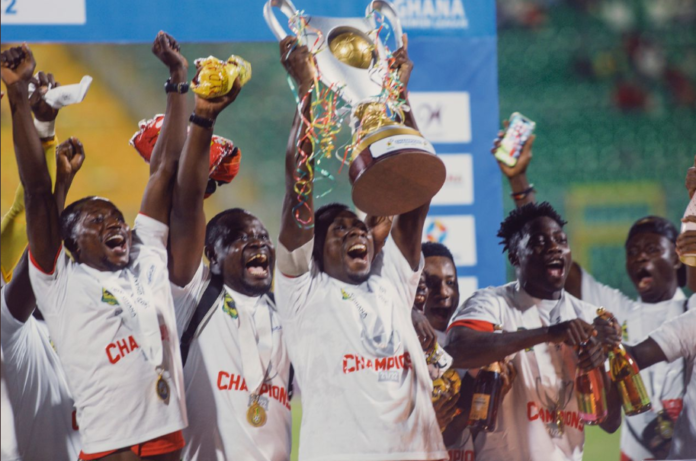 Asante Kotoko hosted demoted Elima Sharks on the matchday 33 games at the Baba Yara Stadium, as they recorded a 3-0 win over Sharks.

The game was scheduled to pave way for the official coronation of Kumasi Asante Kotoko as 2021/2022 league champions as the game played was the last match of games played on the matchday.

Imoro Ibrahim scored a beautiful free-kick from long range after curling the ball into the net to give Kumasi-based club the lead.

The goal scored in the 24th minute saw Asante Kotoko stay in the lead for a long time before a brace from George Mfegue propelled the team to secure a narrow 3-0 victory at full-time.

Asante Kotoko will now represent Ghana in the next edition of the CAF Champions League courtesy of the league triumph this season.