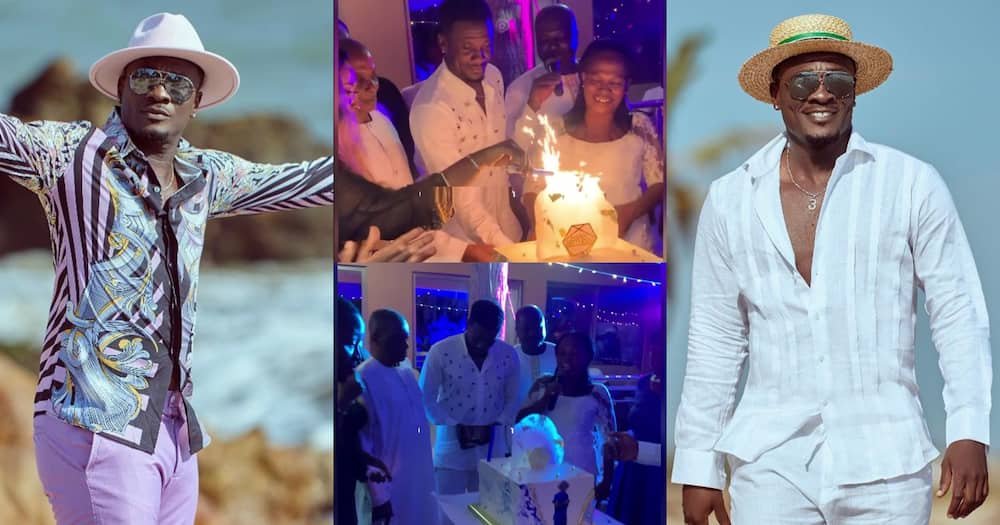 The former Black Stars captain celebrated his birthday on Monday, November 22, 2021 and shut down social media with some beautiful photos.

The all-time leading goalscorer of the Black Stars threw a birthday party later in the evening after thanking God for adding a year to his age on social media accompanying with photos.

In attendance to the party were the family of the former Sunderland striker, his father, close friends and associates.

In a video from the party sighted on Instgram page @nahbaffdotcomm Gyan is seen rocking a white outfit which usually signifies victory.

Standing in the midst of other people, Gyan held a knife to cut his birthday cake which was placed before him.

Before the cake was cut by Gyan, there was a short prayer from a woman who asked God for strength and wisdom for the former Ghana captain.

There were some fireworks as well on the cake.