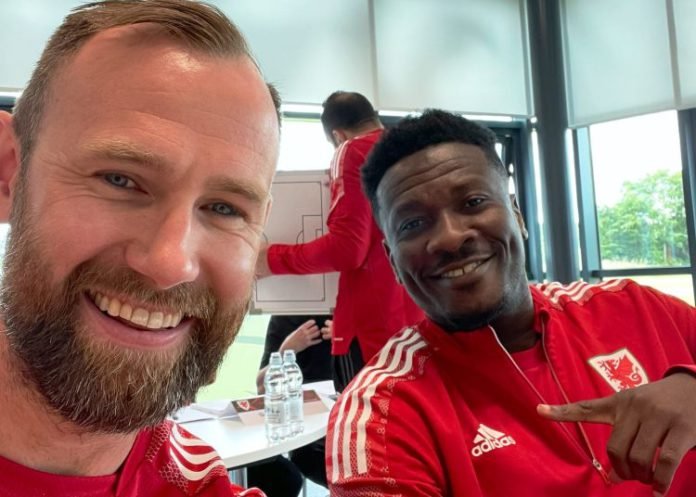 The 36-year-old left Accra on Saturday, June 11, 2022, to begin the course in Wales and is expected to be in class for a six-day program for a Football Association of Wales’ UEFA B License certificate.

The former Sunderland forward was pictured taking a Football Association of Wales (FAW) residential coaching course with a number of other former and current players.

Gyan has previously expressed an interest in possibly taking up a coaching role with the Black Stars.

“It’s something I’ve given a lot of thought to. I’ve received a lot of calls suggesting that I venture into coaching. I’d like to handle the Black Stars as a strikers’m coach, but everything takes time,” he said.

“First, I need to work on my coaching course, and I’m due to begin in June or July, after that we’ll see.”

Gyan, who is yet to retire from active football, has been without a club after leaving Ghana Premier League side Legon Cities at the end of last season.