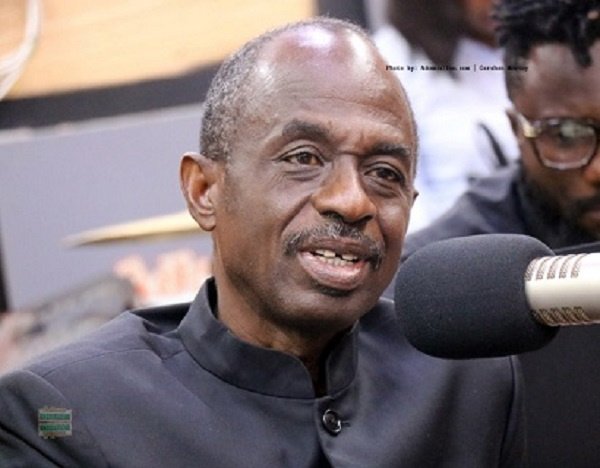 The General Secretary of the National Democratic Congress (NDC), Mr Johnson Asiedu Nketia has reacted after government announced on Friday July 1, 2022 that it was seeking the intervention of the International Monetary Fund (IMF) to support Ghana’s economy.

In press statement signed by Kojo Oppong Nkrumah, the Information Minister, it read that a telephone chat between the IMF Managing Director, Kristalina Georgieva and Ghana’s President, conveyed the government’s decision to engage the Fund.

“The President of the Republic, Nana Addo-Dankwa Akufo-Addo, has authorized Finance Minister, Ken Ofori-Atta, to commence formal engagements with the International Monetary Fund (IMF), inviting the Fund to support an economic programme put together by the Government of Ghana”.

“This follows a telephone conversation between the President and the IMF Managing Director, Krisalina Georgivia, conveying Ghana’s decision to engage the Fund,” part of the statement read.

Following this, the NDC scribe said the Finance Minister. Ken Ofori-Atta has run out of ideas on how to revive the Ghana’s economy, hence, he has no alternative than to go back to IMF for a financial support.

According to the outspoken politician, the Economic Management Team (EMT) headed by Vice President Dr. Mahamudu Bawumia should be disband by the President.

Asiedu Nketia speaking on the bailout laid the country’s dire financial situation and current state of economic paralysis by the NPP government on the doorstep of the Finance Minister and the Economic Management Team.

He said “…Ghana received lots of support from the World Bank and other benevolent institutions during the Covid-19 pandemic, I, therefore, find it absurd to hear people say that COVID-19 and the Ukraine-Russia war have contributed to the poor performance of the country’s economy.

“Anyone who is able to defend NPP’s decision to go to the IMF for a bailout with this inexplicable analysis can defend Satan in Heaven.”

In an interview on Accra-based Okay FM, monitored by Enewsghana.com, Asiedu Nketia added, “The Finance Minister has run out of ideas and the way he is handling things now you will need fresh blood to manage the finances of the country and be able to put the economy in good shape.”

“The vice president, His Excellency Dr. Mahamudu Bawumia who also heads the Economic Management team looks tired and frail to even generate fresh ideas for the economy. And since the president has taken this bold decision to go to the IMF, they need a more resolved team to lead the affairs of the economy and even engage the IMF for a good deal to be struck as the country seeks a financial bail,” Asiedu Nketia added.

Listen to Asiedu Nketia below;

IMF Bailout: Mahama Has Gotten What He Prayed For – Kennedy Agyapong