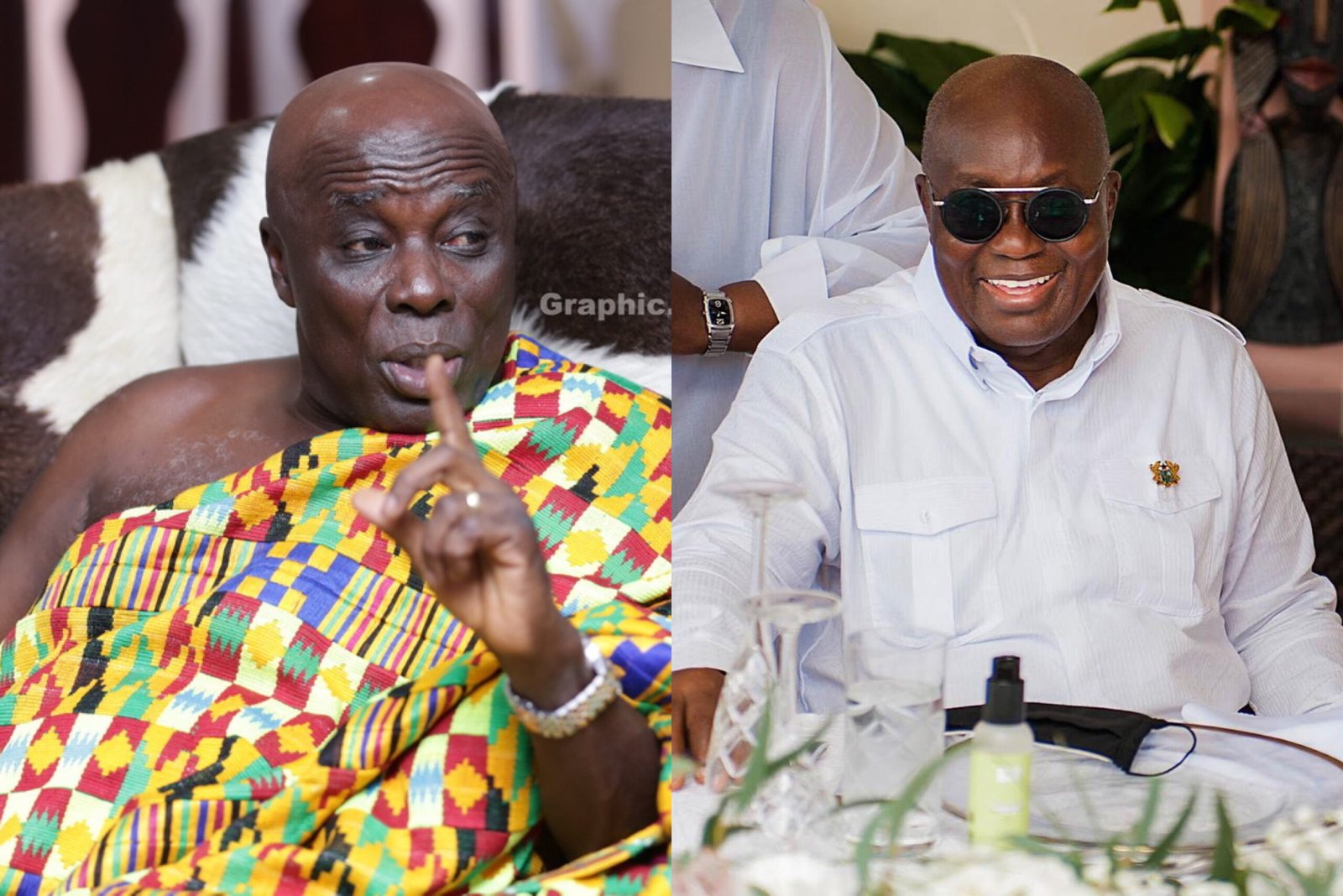 The Chief of Akyem Abuakwa, Osagyefo Amoatia Ofori Panin has threatened to lead a campaign against the President’s community mining initiative.

According to the Okyehene, the initiative which was supposed to be a better alternative to galamsey, has rather degraded the environment more.

The Okyehene, speaking when he received a delegation including the Eastern Regional Minister said,

“We understand all documents and licence needed for one to undertake mining rest in the bosom of the President in Accra, so if one obtains the licence then he will then bring it to the DCE at the local level where normally durbars are held to inform the people, but the chiefs do not have any say in it. When all is said, these guys will then approach the chiefs informing them about their acquired licence to mine in the community and will just present something small for the chiefs, but the chiefs will then be blamed after lands and water bodies are destroyed in the process”.

“Just recently I was here when the sector minister came talking about community mining and I told him point-blank not to come and deceive the chiefs because there is nothing better in community mining because it is similar to galamsey. They use the same method to cause destruction to the land but just that this has been described as a policy from government”.

“We are coming to rise up against that policy, and we will not agree to the community mining initiative because if the Birim becomes polluted, the blame is not brought to the doorstep of the MCE but the chiefs and the President. So we have advised ourselves because we have talked about this severally and nothing has been done about it. No one can issue a mining licence to someone without letting traditional authorities who are custodians of the land know about that arrangement”.

NPP Have The Men Who Can Manage The Economy Better Than Akufo-Addo’s Cousin, Ofori-Atta – Adongo