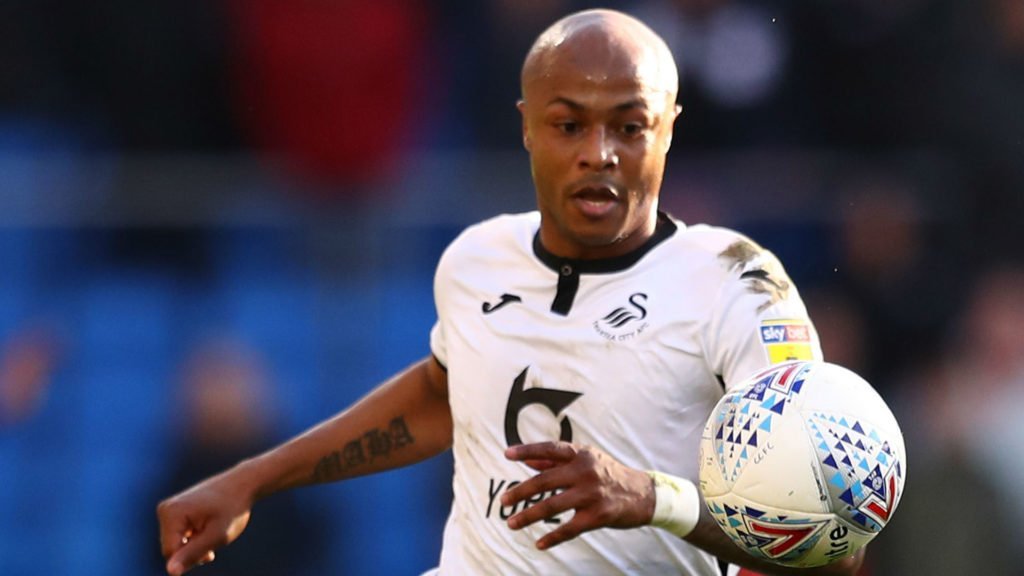 Qatari side Al Sadd SC have announced they have reached an agreement to sign Ghanaian forward Andre Ayew.

Ayew is expected to arrive in Doha on Thursday morning to complete the routine procedures, followed by the signing of the contract and the official announcement.

Al Sadd posted a video with a statement confirming the capture of the former West  Ham and former Swansea City forward.

“The player will arrive in the morning to complete the routine procedure, followed by the signing of the contract and the official announcement.”

The 31-year-old will be joining the 7th club of his illustrious career which has seen him play in France, England and Turkey.

He left Swansea for free after losing 2-0 to Brentford in the Championship play-off final.

The Black Stars captain was Swansea’s top scorer for the past two seasons, with 35 goals since returning from a loan spell at Fenerbahce.

The former Marseille player is expected to have a take-home salary of around $220,000 a month at his new club.

Ayew will now have the opportunity of working with Barcelona legend Xavi Hernandez, who is the coach of Al Sadd.