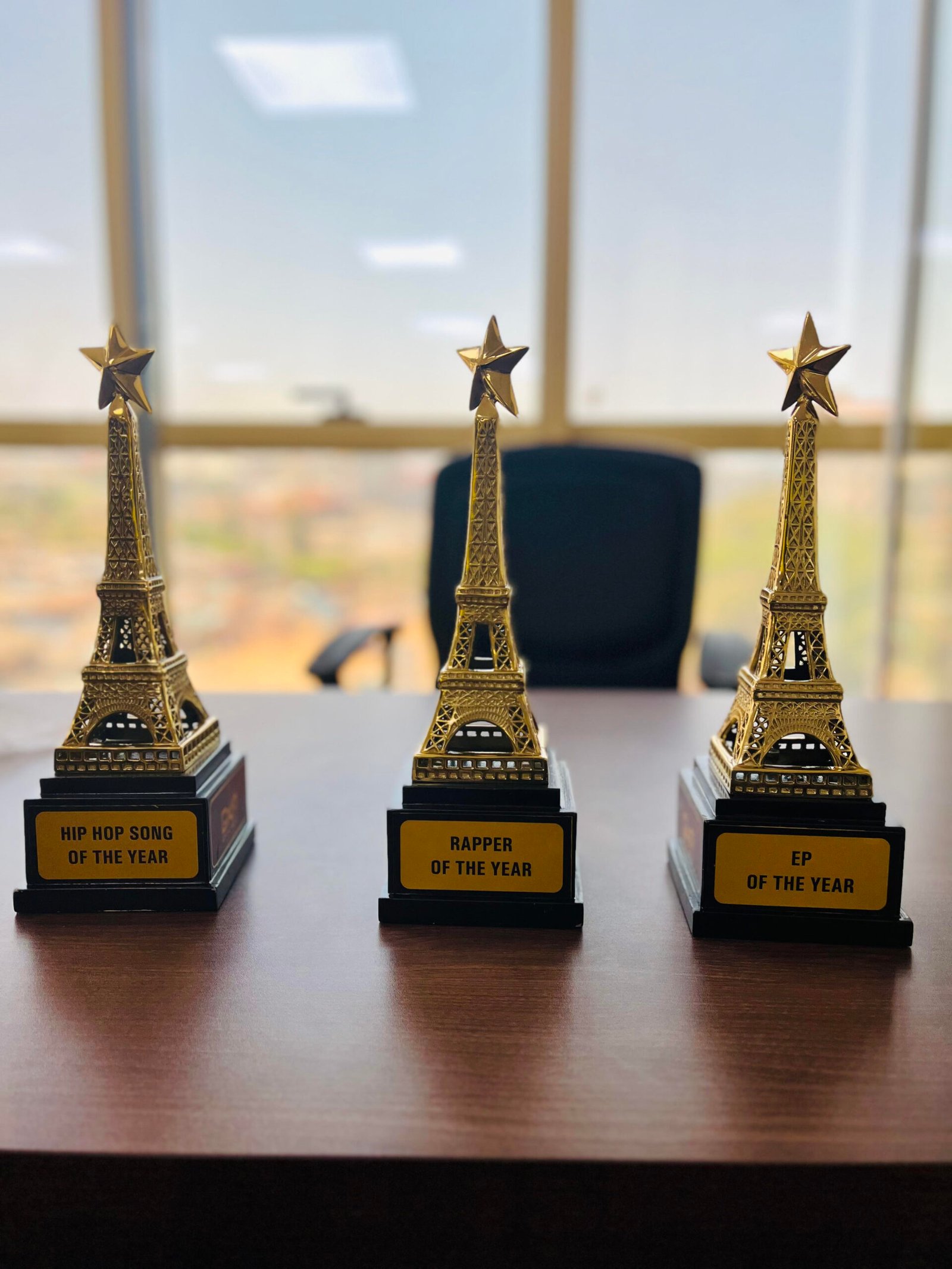 Amerado has in a post shared three plaques he won at the just-ended Ghana Music Awards France held in Toulouse, France.

He won three out of the seven nominations gained at the ceremony. He won the Hip-hop Song of the Year with his viral hit song ‘Abotr3’ featuring Black Sherif and also the EP of the Year award with his Patience EP. He went ahead also to win the enviable Rapper of the Year award as well.

The ceremony was held to award hardworking Ghanaians and Ghanaians in France doing well in promoting the music industry.

Amerado has also announced his debut career album, G.I.N.A, which is expected to drop soon.

Share with Friends:
Related Topics:AmeradoGhana Music Awards France
Up Next