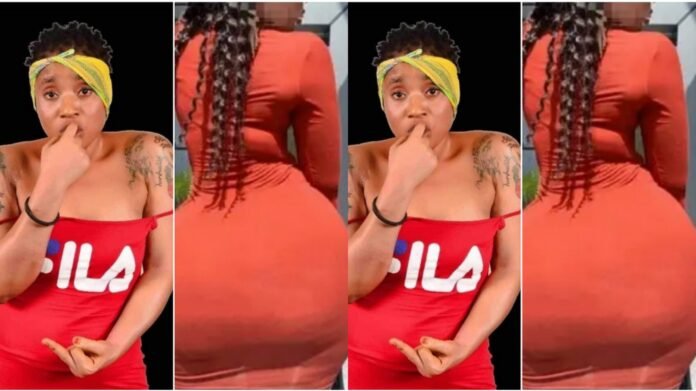 According to earlier reports gathered, this popular slay queen who is based in Kasoa died after she was sexually assaulted at a street carnival.

This was after she mounted the stage and twerked nak3d which got the patrons charged up.

In a new development to the story, a close friend has revealed the true cause of her death debunking all stories making rounds on social media.

According to her, at the carnival a challenge was thrown to ladies who could twerk very hard to win an amount of $100.

Ama Broni decided to try her luck and accepted the challenge which eventually made her go naked.

However, during her performance on stage, she was being harassed by those watching and others around her because they couldn’t stare at her nak3d back without touching it.

After she had walked off the stage and decending she got electrocuted but those around her thought she was still in her hyper mood but when they reliazed what was happening it was too late.

She was then rushed to hospital where she later gave up her ghost.