All You Need to Know About Genius Kadungure aka Ginimbi
Advertisement 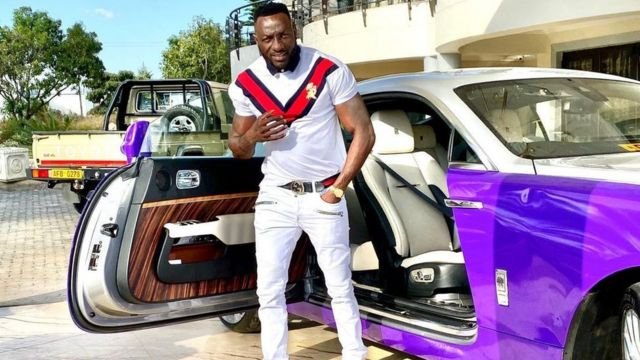 Genius Kadungure  was a popular Zimbabwean socialite and businessman.

He was also the founder and Chief Executive Officer of a gas company, Pioneer Gases which has interests in Botswana, South Africa, and Zimbabwe. He was also the owner of Dreams Nightlife Club.

Genius Kadungure  was born on 10 October 1984 in Domboshava in a family of four.

He was also referred to by the nickname of Ginimbi a name he used on his Facebook profile. He was the Harare International Carnival ambassador.

Within a year, he had started driving and two years later he had a Mercedes Benz S Class.

He went on to establish Pioneer Gases which is now part of Piko Trading Group.

The company supplies gas to the commercial, industrial, public and retail sectors.

His net worth is estimated to be between US $10 million and US $100 million.

He added a new US$600 000 worth Lamborghini Aventador S Roadster during the week ending 3 October 2020 to his fleet of luxury cars which turned heads of many in the Zimbabwean capital, Harare.

Kadungure was known as the king of bling and for throwing lavish parties. In 2010, he threw an expensive all-white birthday bash in Harare, where an estimated US$17,000 was spent.

The party drew scores of people from Harare’s northern suburbs and guests were treated to high-end whiskey, bright colored cocktails, champagne, as well as cigars at his Greystone Park home for three consecutive days.

Two years later, in 2012, Kadungure hosted another extravagant birthday party which was held in Botswana.

In 2013, Kadungure also held a consecutive three-day long party at his rural home in Domboshava to celebrate a newly-built mansion he had put up in the area.

Kadungure was reported to be involved with many women. It was reported that he had been beaten up by husbands of women he had sexual relations with on many occasions.

On these claims, Kadungure said, “it was normal”. In January 2014, he made headlines when it was revealed that he had been looking after another man’s child for the past 11 years.

This came to light after one Doreen Mutukwa demanded an upward review of maintenance fees to $1,500.

This led to Genius demanding a paternity test and the outcome showed that Kadungure was not the father of the child.

On 8 November 2020, Ginimbi died in a car accident. The car, a Rolls Royce, hit another (a blue Honda Fit) and then crashed into some trees. It burst into flames after crashing.

Ginimbi was pulled out of the car successfully but died moments later. The other occupants of the car were trapped inside and were burned to death.

Fitness bunny, Moana, also died in the accident as she was one of occupants of the car.