All What You Need To Know About the Movie “KARMA” – Coming Soon !!!
Advertisement 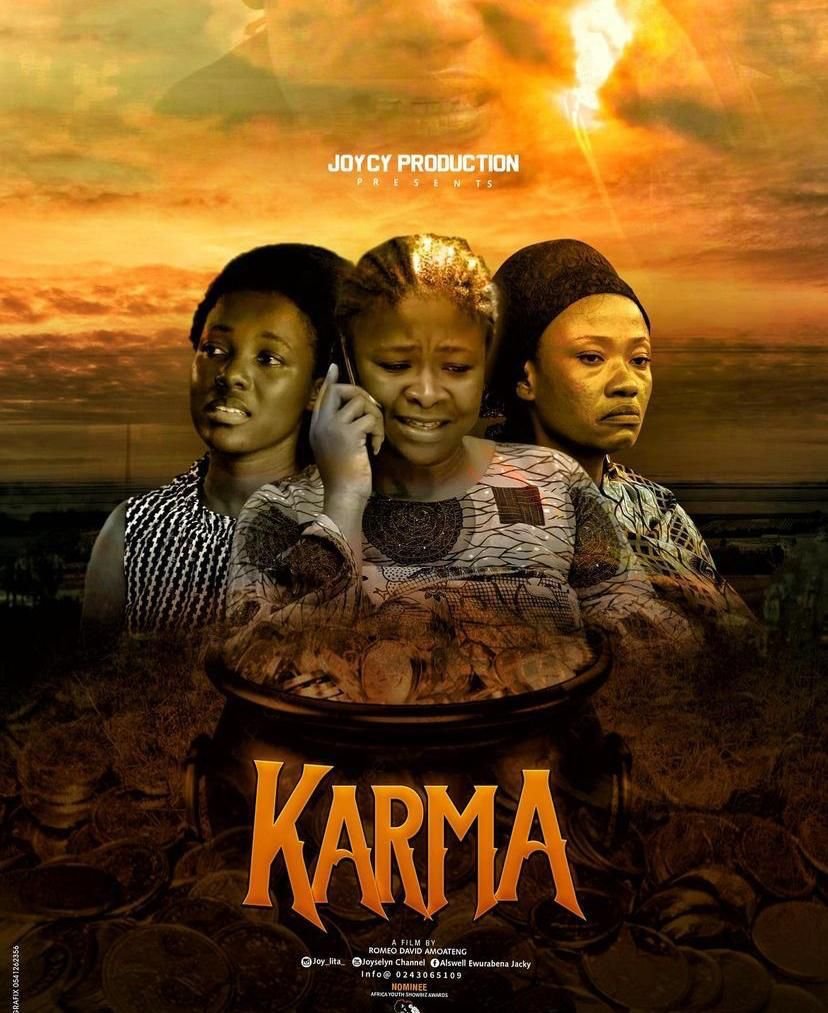 “Karma” is an educative and inspirational movie produced by Joyceline Obeng Asare (Joy). This movie is about the endless miracles of God n how time makes everything that seems completely damaged get beautiful.

In the movie Karma ,a mother of one, Benewaa (Abigail Boakye) had a treasure that she hid for so many years due to the laziness n in-capabilities of her husband Afrifa (Joseph Robertson/Uncle Fii).

Benewaa gave the treasure to her intimate friend Oforiwaa (Portia Asare) to keep it a secret n also safe till she Comes for it . Oforiwaa takes advantage of Benewaa treasure she is supposed to keep for her and gave to his son Isaac(Benjamin Owusu) all in the name of the betterment of her sons future.

Benewaa gets emotionally broken from the betrayal after she was lied to that the gold was missing. Years later, after failure for Isaac(Benjamin Owusu) to bear a child with his wife Martha (Ama Jenny/AJ), Jackie, the daughter of Benewaa was adopted unknowingly as the only option to make their home complete.

As Isaac’s and Martha’s love for Jackie got deeper, the hatred from Oforiwaa gets more heightened till the truth evolves.

Table turns as to how the adoption of Jackie was done and how it led Benewaa to Oforiwaa and her husband, Yeboah(Richmond Boakye Jnr) and the earnings of the claimed ‘missing gold’ again.

Will The table of the claimed ‘missing’ gold turn to the family of Jackie?

How come the son of oforiwaa adopts a child of her mother’s friend unknowingly??

KARMA (the movie) TELLS IT ALL ! This movie is So full of Moral lessons… Watch out coming out soon.

S.Privacy Announces New Single “Looking At You” Off Upcoming EP