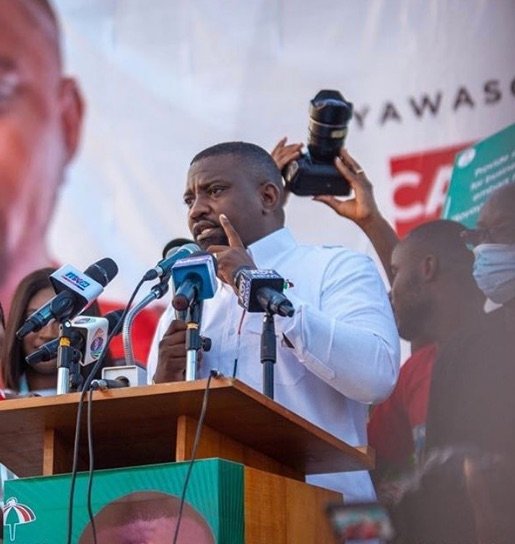 Multiple award-winning actor and entrepreneur turned politician, John Dumelo has explained what his leader, John Mahama meant when he made the ‘do or die’ declaration.

Following the declaration by the Former President John Dramani Mahama during his ‘Thank You’ tour in some parts of the country that the upcoming 2024 general elections will be a ‘Do or Die’ affair, many Ghanaians have expressed their varying views about the statement.

Many individuals, opinion leaders and politicians especially the NPP entourage have heavily criticized the former head of state for making such declaration as they charged him to retract the statement.

However, Mr Mahama has insisted he will never retract the comment because it is just an idiomatic expression.

Mr John Dumelo has also reacted to Mahama’s ‘Do or Die’ comment and according to him, it’s just an attempt to equalize the ‘All die be die’ made by President Nana Akufo-Addo some years ago.

“Yeah I think that people just want to criticize and also want to say all manner of stuff to equalize what Nana Addo said that all die be die,” Mr Dumelo said.

“I think they just want to equalize it but it’s not the same at all that’s why everyone is trying to make it look like a call to violence but ours is vigilance, ” he ended.

The actor was speaking in an interview on Cape Coast-based Kastle FM when he made these comments.

I Was Slapped For Being A Good Rapper – Strongman