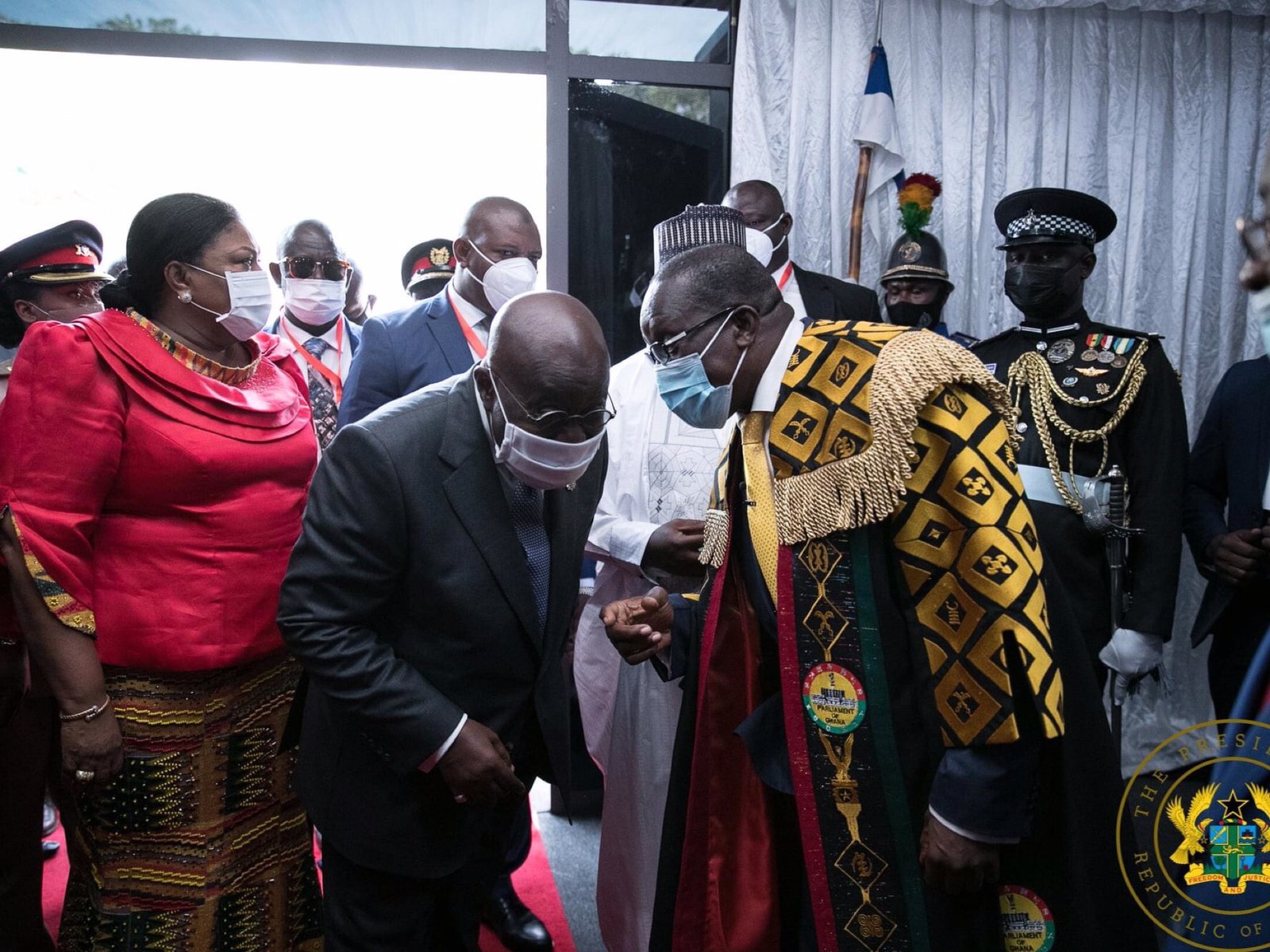 The Speaker of Parliament, Alban Bagbin has cautioned Akufo-Addo against appointing so many Ministers from parliament.

READ ALSO; Sam George Reveals How He And Muntaka Deceived NPP MPs To Come To Parliament At 4am

“As a former Member of this House, with a parliamentary career as long and as old as this 4th Republic, one thing I do know for sure is that drawing a large number of Ministers and Deputy Ministers of State from the Membership of Parliament is unhelpful to the business of Parliament and also weakens Parliament’s ability to perform its proper role in the promotion of good governance,” he noted.

Meanwhile, the Speaker also urged the leadership of Parliament to “take the necessary measures to restore the lost dignity of this august House.”

READ ALSO; NDC Will Soon Be The Majority In Parliament – James Klutse Avedzi

NDC Will Soon Be The Majority In Parliament – James Klutse Avedzi