Akufo-Addo is Number 1 on the Ballot Paper, John Boadu Believes NPP's Victory will be Easy
Advertisement 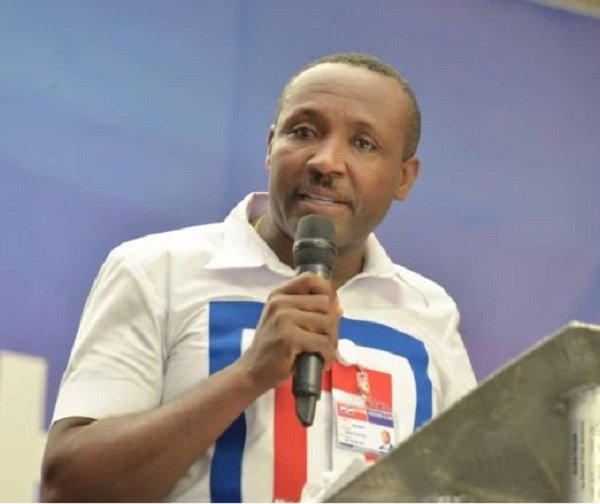 The General Secretary of the incumbent party National Patriotic Party (NPP), Mr John Boadu has said securing first position on the ballot paper will make winning the 2020 presidential elections on December 7 much easier.

The General Secretary revealed this in an interview wit the media immediately after the Electoral Commission’s (EC) balloting process that the NPP’s endeavors in all spheres of governing are the reason for its position on the ballot sheet.

Read Also:  'Afia Is Using Pena For Business' Ayisha Modi 'Finishes' Afia Schwarzenegger As She Drops Screenshots Of Momo She Sent Her (Photo)

Speaking to the press, Mr Boadu said, “This cements our victory and we wouldn’t have had any problem being put anywhere on the list. But God wants to prove to the whole country that the NPP is the number one party in Ghana, especially in terms of social intervention programmes.”

Mr Boadu also said that the number one position invalidates that notion that the total number of candidates for the December 7 polls poses a threat to the party’s quest for victory.

“Identifying the NPP on the ballot sheet is easier for us because if we had been placed at number five or six, we will have some constituencies that don’t have parliamentary candidates, which in turn will affect the numbers. But this time we are number one and nothing affects that,” he added.

The EC undertook a presidential balloting exercise on Tuesday at its headquarters to determine the order of appearance of political parties on the ballot sheets ahead of the impending elections.