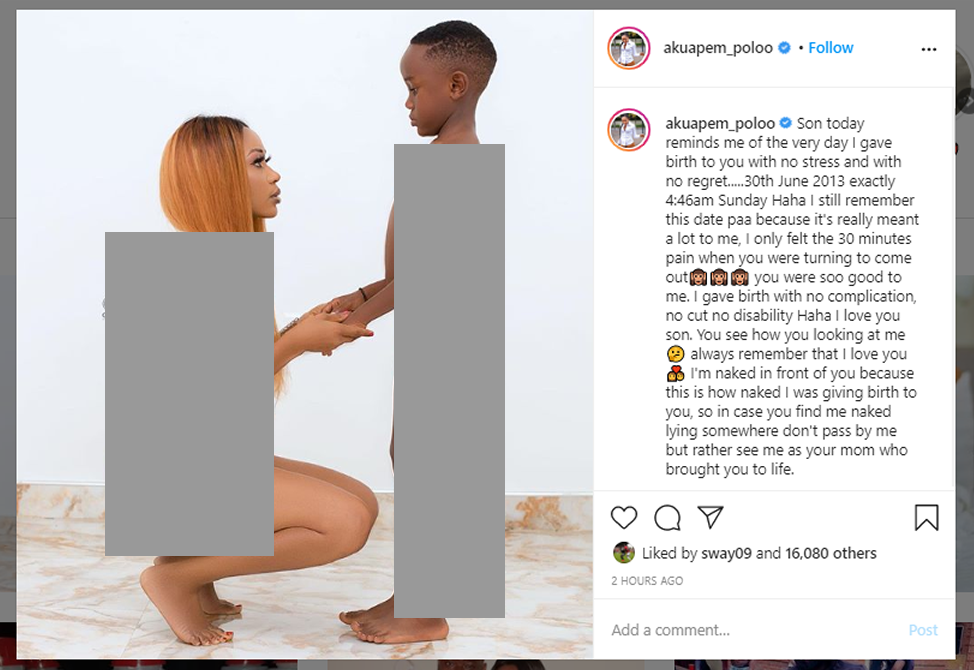 Actress and socialite, Akuapem Poloo has been slapped with a ninety-day jail sentence for posting obscene material on social media.

The embattled actress was on Wednesday, April 14 convicted by the Accra Circuit Court over a naked picture she shared on social media on her son’s birthday.

Poloo was convicted after pleading guilty to the charges of misdemeanor, domestic violence and publishing obscene material.

She was remanded into custody to undergo pregnancy test but it appears the test came out negative hence the ruling.

The judge said that she considered her pleas before handing her the sentence.