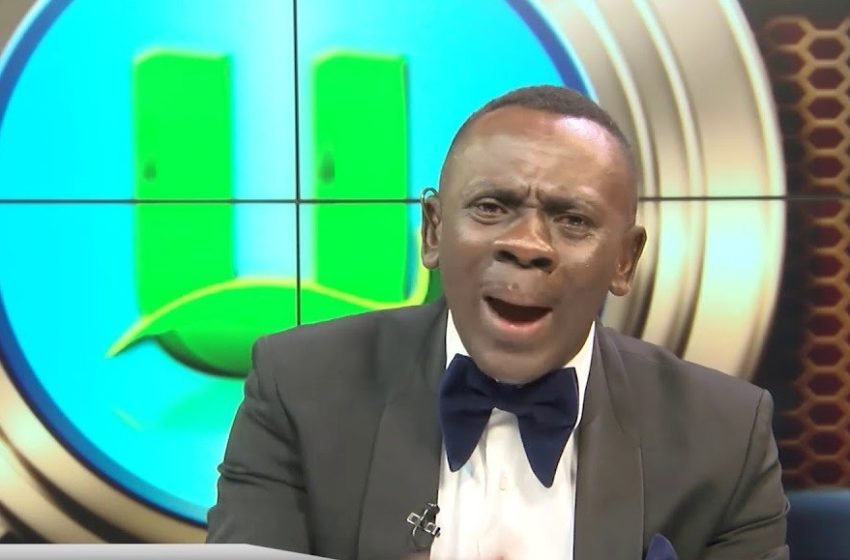 Veteran actor and television personality, Akrobeto, is currently making waves after he featured on a Spanish-based media house.

Akrobeto fumbled in mentioning the name of the captain of Chelsea, Cesar Azpilicueta’s while reading the fixtures.

Captain Azpilicueta retweeted the video with a link showing how his name should be pronounced, a move which got Akrobeto the feature on El Chiringuito TV.

Akrobeto was called into the live show via video call and was given the opportunity to do a live presentation for the audience.

He read Spanish La Liga fixtures and cracked ribs with his mispronunciations. Guests in the studio, which included Paul Pogba’s brother, Florentin, were full of laughter.

He also had the chance to ‘grill’ a co-host and charged him to pronounce some Ghanaian names.

Akrobeto mentioned names such as President Nana Akufo-Addo which he also could not pronounce and that got everybody laughing.

Share with Friends:
Related Topics:AkrobetoEl Chiringuito TVFeatured
Up Next