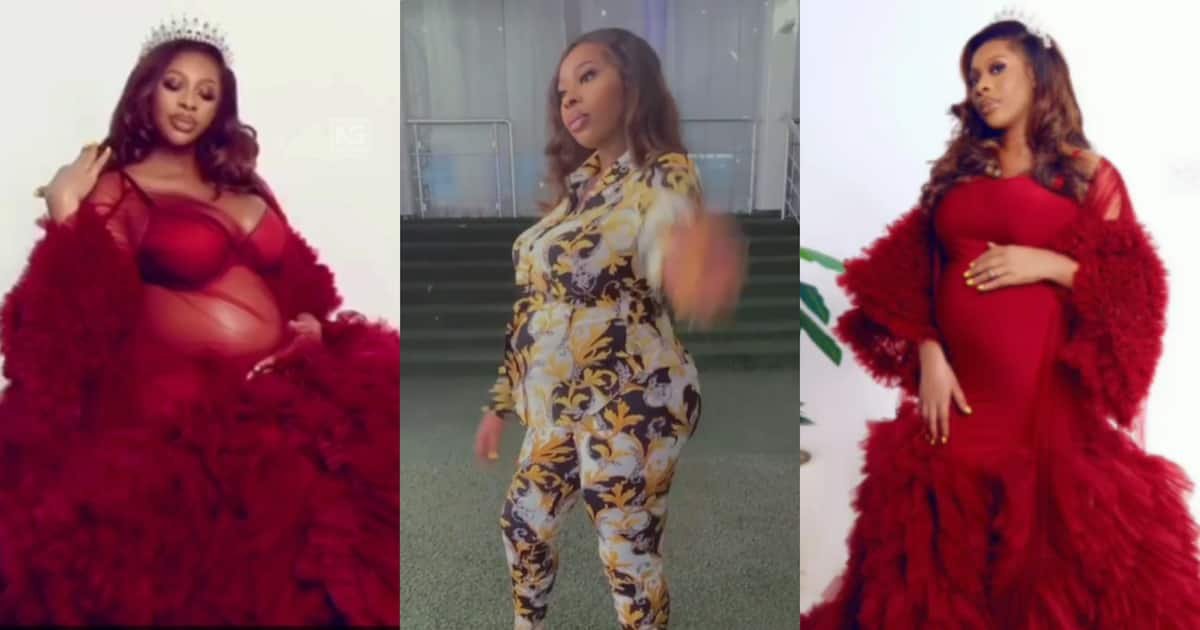 Amanda and Kennedy Agyapong, popularly known as Kenpong welcomed their new baby with the latter sharing the joy with her followers on social media.

In a post on Snapchat, the elated mother announced the birth of her baby girl revealing she gave birth two months ago.

The Snapchat video had her showing off her baby bump and glowing in colorful outfits.

Amanda and Afriyie were married for a few years before they broke up under scandalous circumstances.

In an interview in 2017, she had revealed that they had separated because Afriyie Acquah was not matured enough for marriage.

Prior to her marriage with Acquah, Amanda had once been to Kenpong whom she met as a 17-year-old girl.

After her breakup with Acquah, She and Kenpong managed to patch whatever differences they had and have got back together leading to this new baby.

Meanwhile, the suspect at the centre of what many have described as a wild goose chase in Takoradi is scheduled to be arraigned this morning.

Josephine Panyin Mensah, 29, is expected to appear before the Takoradi Circuit Court as investigations intensify into the circumstances surrounding her pregnancy and which the Police say was faked.

Police in the Western Region responded to a distress call when it was reported that Josephine, supposedly pregnant at the time, had gone missing after an early morning walk on September 16.

This sent the town into a frenzy, igniting sentiments about her possible whereabouts and safety.

Following her reappearance in Axim on September 21, police investigations pointed to an allegedly deliberate orchestration of the whole incident.

Some three others were arrested for questioning.

Upon further interrogations and medical examination at the Effia Nkwanta Regional Hospital, which returned negative, the victim admitted to the crime.

[MUSIC] Ablord Finally Releases Visuals for his Song “Together”