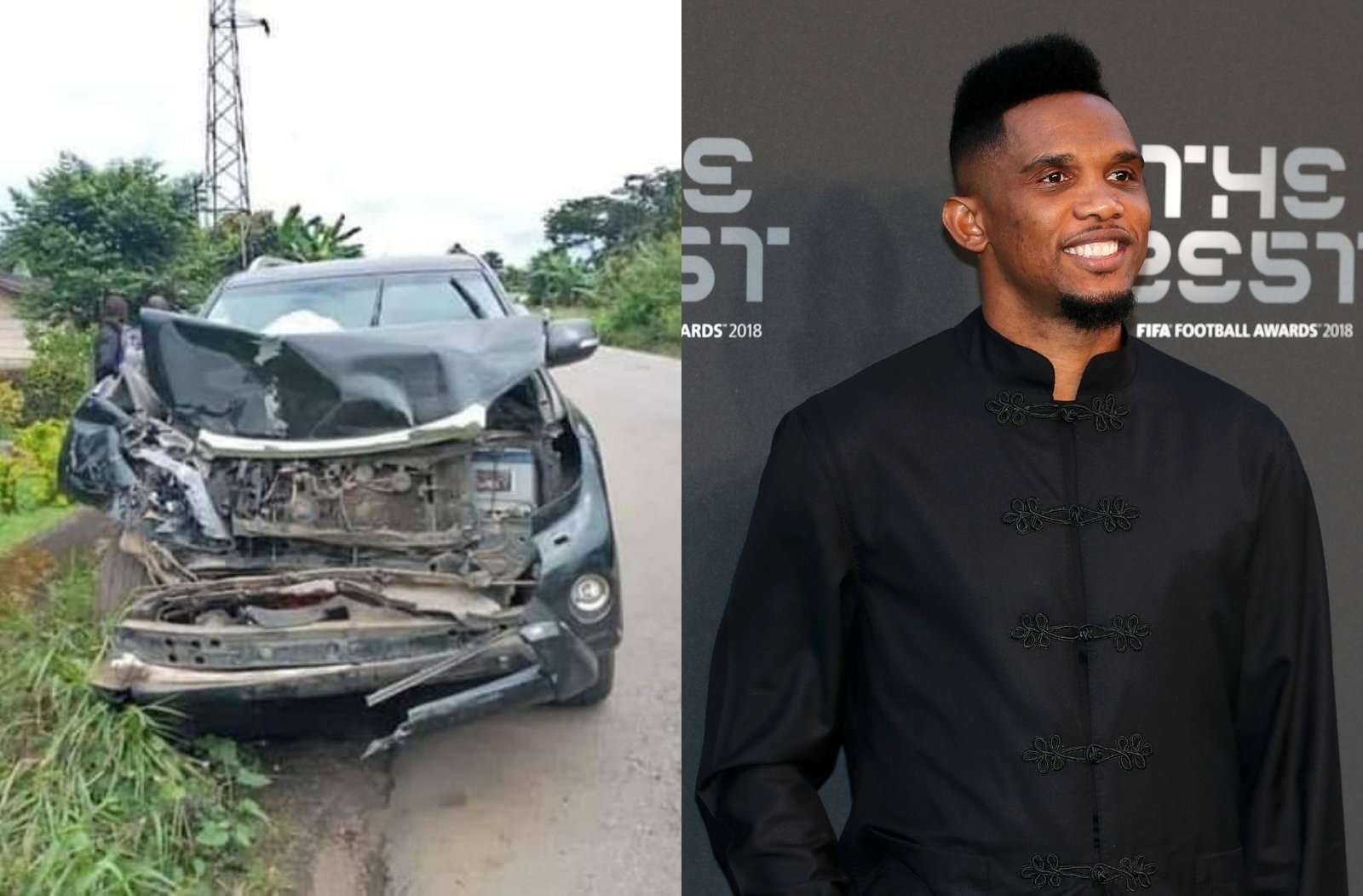 Cameroon legend, Samuel Eto’o, has survived involved in a road accident in Cameroon on Sunday and is in stable condition.

The former Barcelona and Chelsea forward was travelling in his home country on Nkongsamba-Douala road where he was reportedly returning from a wedding when the incident occurred.

According to reports in local media, the SUV he was travelling in was hit by a public transport bus which saw the front of the vehicle crushed, resulting in a ‘head injury’.

The record four-time African Player of the Year was then immediately transported to the hospital where he is said to be in a stable condition and being monitored closely after undergoing several tests.

France Football has confirmed that there were no casualties in the horrific collision, while CAF’s special advisor to president Ahmad Ahmad declared he was ‘okay’.

The three times Champions League winner was a vital player for Barcelona during his time in Catalonia between 2003 and 2009, with an incredible 130 goals in 199 games in all competitions.

He won three La Liga titles and two Champions League titles at the Camp Nou, before joining Inter Milan in 2009, and winning a Serie A and Champions League double in his first season in Italy.