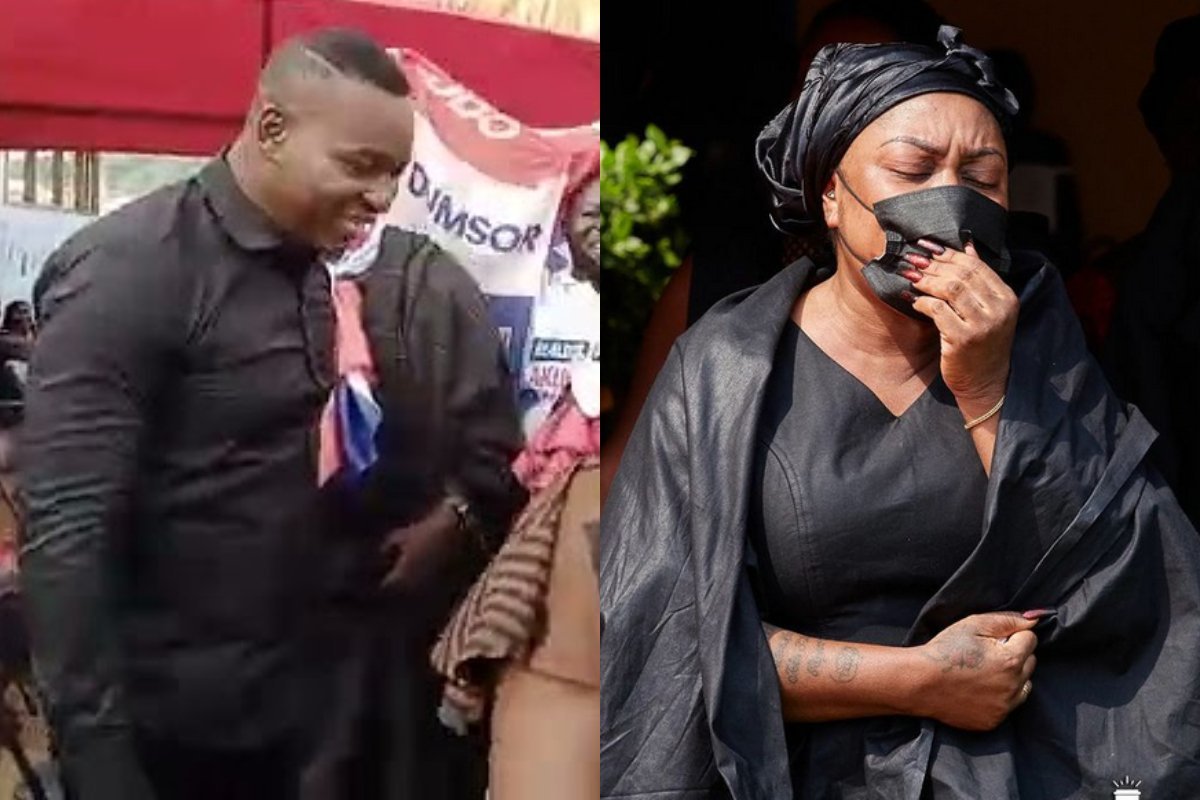 Ghanaian media personality and socialite, Afia Schwarzenegger has alleged to have gone to bed with Chairman Wontumi but according to lawyer Maurice Ampaw, it is false.

According to the Legal practitioner, he is shocked and disappointed over the claim by the comedienne because she doesn’t Chairman Wontumi’s standards. Speaking on Wontumi TV, he said Afia’s claims are defamatory, hence, will be sued.

“Jesus Christ! When did Chairman become your ex? So, Afia, all the men you’ve been following, you still want an ex?” Maurice Ampaw fumed.

Further descending on the social media commentator, he emphasized that “I don’t know the kind of woman you are. You speak anyhow. You’re inconsistent. You’re always changing your claims. You’ve shown you’re not truthful. You’ve shown that aside from not being truthful, you are very ungrateful”.

He continued that “Chairman says Afia is not his standard. We all know Afia’s track record. So how can Chairman Wontumi who is wealthy, handsome and has well-cultured women, women of substance as wives; not even girlfriends come after someone like Afia?”

According to the Ghanaian lawyer, the allegations by Afia Schwarzenegger are baseless, inspired by hatred and a desire to tarnish the image of the politician.

“Get ready. You’ll go to court. You’ll get a writ from Tema High Court. We will sue you so you tell the court when you had sex with Chairman Wontumi,” Ampaw said and added that “We act as though we have thrown our moral values to the dogs. We will report you to Dampare (IGP) for spreading fake news.”

Afia Schwarzenegger has been in the news over Chairman hiring Delay. She has since been attacking the politician and TV presenter over how social media has been mocking for not being able to secure the Wontumi Radio job despite her brags.