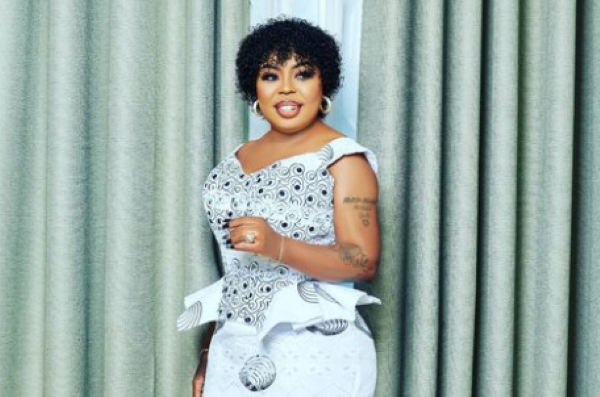 This comes after radio and TV media personality claimed in a viral video that she has had slept with Chairman Wontumi before.

Lawyer for Chairman Wontumi, Maurice Ampaw came out to blast Afia Schwar, denied and called on her to desist.

Afia got angered by the message and went on social media to rain curses on Chairman Wontumi.

Chairman Wontumi and he since, through his Lawyers, sued the mother of three for defamation.

In the writ addressed to Afia, Chairman Wontumi is asking for “damages of two million Ghana cedis (GH¢2,000,000.00) for defaming the Plaintiff. Cost including legal fees.”

However, addressing the issue on United Showbiz on UTV, July 9, 2022, Afia said she has mentioned Maurice Ampaw, as a respondent in two separate defamation suits.

“My lawyers have received their writ and we have entered an appearance. Also, we have filed a GH¢4 million suit at the Accra High Court. Eventually, we will serve them. I have sued Wontumi TV for GH¢4 million and sued Maurice Ampaw for GH¢4 million,” she said.

According to her, she has been defamed by Maurice Ampaw and she has therefore sued him together with Wontumi TV which provided him the platform to denigrate her.

“Maurice Ampaw says he has evidence that John Mahama has bought a house for me, he said Wontumi told him that I had sex with a dog and that I have various boyfriends I travel around with among other despicable things. So he will prove that in court. Wontumi TV also gave them the platform to publish falsehoods against me. They have sued for GHC2 million, I and my lawyers have also sued for GHC8 million. Let’s test the laws because for me, I believe in the judicial system and so we will meet in court,” she added.